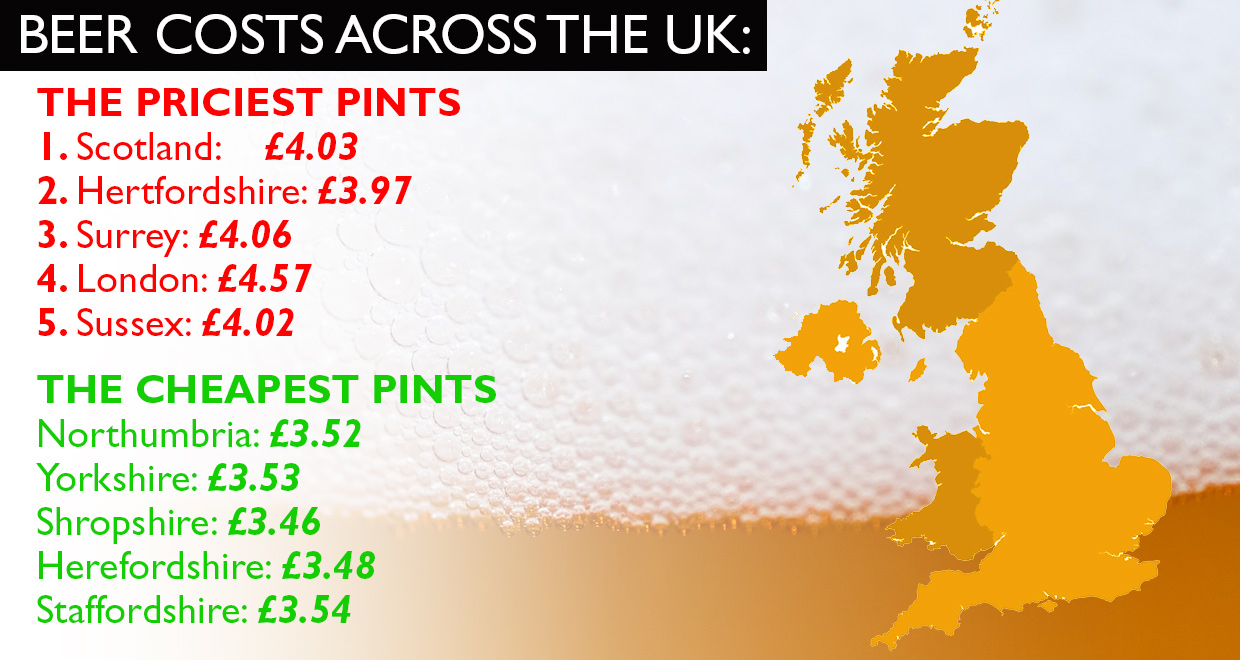 The guide published today (5 September) found a gigantic £1.11 a pint north-south difference with drinkers in Shropshire paying £3.46 while those in London pay £4.57.

The annual survey revealed while London was the only place where the average price of beer was over £4 a pint last year, three other areas have also joined the expensive drinking club with drinkers in Scotland, Surrey and Sussex also paying more than £4.

She said: “People love pubs and they love their beer and on every pub visit, customers come away feeling happier – and that is to do with cheerful, chatty atmosphere and the people they meet in those pubs rather than the effect of the alcohol.”

Ms Stapley also said the smoking ban which came in 12 years ago has kept pubs alive as more women and families are now heading to their local for a drink and a meal.

She said: “The ban that caused howls of public protest with licensees fearing a damaging drop in business as smokers deserted their local boozers, but twelve years on it has in fact proved to be transforming.

“Those bars full of fug and male chat quickly became a thing of the past. Pubs adapted by installing smokers’ shelters and outdoor heaters, and licensees soon realised that by making their pubs smoke free, they turned into cleaner, brighter places, and opened up a massive new customer base – women and families with young children who headed to pubs for a meal and even an overnight stay.”