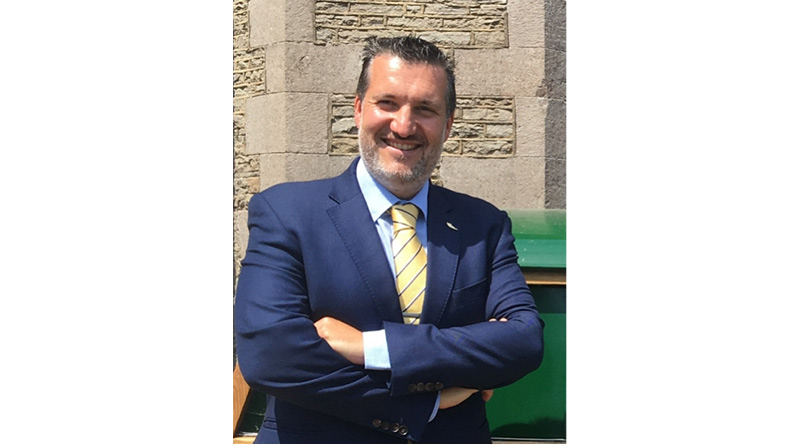 Hoteliers in Bristol can open their doors once again on Saturday after the Government’s Covid-19 review today (16 Dec) saw the city moved from Tier 3 to Tier 2 this week.

But while they welcome the decision, hoteliers say it has come too late to enable them to cash in on Christmas and secure any meaningful income.

Raphael Herzog, chair of The Bristol Hoteliers Association (BHA), which represents around 40 businesses in and around the city, said: “Even though we can now re-open, we have lost all December trade.

“Many hoteliers had been keen to show off their Christmas decorations to customers. These were put up in November, but this effort – and investment – was wasted because we have not been able to open.

“Although today’s review means that we can re-open, because we’ve had no prior notice, it would be very difficult to re-open for the last weekend before Christmas, as we’ve had no time to get food or other supplies or build a booking base.

“Christmas trade will be non-existent because people can’t mix outside a house during the five-day relaxation of restrictions.

“With other parts of the UK going into Tier 3, this will affect the ability of people to travel to Bristol for the festive break.

“We are, however, disappointed that South Gloucestershire remains in Tier 3, which we were only really put into in the first place because we were so close to Bristol, and the infection levels there were high.

“Now Bristol is going into Tier 2, but businesses in South Gloucestershire remain in Tier 3, which seems particularly unfair.”

He added: “Nothing has been said yet about New Year’s Eve, but as that will come after the five-day relaxation the Government is allowing for Christmas, I don’t imagine we’ll be able to do much on 31 December. As things stand, we will have to call last orders at 10pm and close at 11pm.

“Hotels have invested thousands to make our premises Covid secure for our guests and staff but we were the first sector to be shut down. Yet it is safer, due to all good practices, to visit a hotel than to go to a large grocery store.

“September to December are historically very strong months for us, which helps with traditional low level of business months, like January and February.

“But we’ve not been able to do anything like the usual level of business in the final quarter of this year, so I fear that the worst is to happen in hospitality should we not have more support.

“We’ve had no response to our calls for an extended VAT reduction and for more support, in addition to the furlough scheme, while we are closed. A £1,000 payment for a wet pub, even if not for a hotel, is an insult.”

He said he would like to see further support from local MPs for a sector which makes a significant contribution to the local, regional and national economy.

The office of West of England Combined Authority Mayor, Tim Bowles, has told the BHA he recognises the ‘scale of the challenge facing hotels and the hospitality industry across the region’, and is writing to the Department for Digital, Culture, Media & Sport, and the Ministry of Housing, Communities & Local Government outlining some key asks of Government to support the regional hospitality sector.

Mr Herzog said: “Mayor Bowles’ office said he has incorporated some of our key asks within his letter, particularly around additional grants, a reduction of VAT and a business rates holiday.

“Mayor Bowles said he will also seek clarity on Ministerial responsibilities for the hospitality sector, which we are grateful for.

“We need a dedicated minister for the hospitality. An on-line petition saw the number of supporters soar from 40,000 to 64,000 in just three days, and now has 150,000 signatures, so we are waiting for tis to be discussed in Parliament.

“The recent news about vaccinations beginning is a positive step in the overall fight against the virus, and since the hospitality sector has been targeted and shut down so early and quickly, as it’s considered to be ‘risky’, then perhaps hospitality staff should be prioritised for a vaccine.

“We need to see a much stronger show of support from Government to our sector if we are going to be able to make any kind of meaningful recovery in 2021.”

Another reason for needing more support, he said, is that most hotels have been operating at loss since April.

Even when they were able to re-open after the first lockdown, they could not operate to the same levels as they usually would.

Social distancing restrictions meant less sleepers, fewer covers in the restaurant, limited numbers of people who could attend weddings, meetings and events, curfews, table service only, limits of up to six people only being able to mix, and others.

Mr Herzog reiterated his calls for a more sustainable round of grants, a reduced rate of VAT for hospitality through the whole of 2021, a business rates holiday for 2021/22 and extensive government promotion of the UK’s tourism and hospitality sector, in addition to a sector-specific minister.