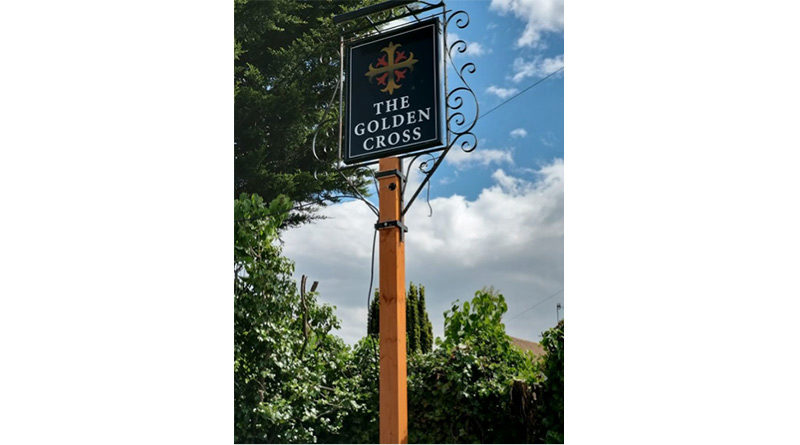 Local community pub, the Golden Cross in Harvington is set to welcome Britain’s Got Talent magician, Matt Stirling this weekend. Matt was a semi-finalist in the 2019  series, after combining thrilling stunts with a series of magic tricks. He has previously starred as a stunt man in high profile films, including Harry Potter, Star Wars and Fast and Furious.

Tickets for the event sold out within hours with guests able to enjoy a delicious meal from the pub’s menu for just £35. Matt is the only professional magician and stunt performer in the UK, and highly regarded by X-Men’s Hugh Jackman, who once described him as “brilliant and funny”. With an accolade such as this the locals are set for an entertaining night.

Licensees Adrian and Sarah Nubeebuckus-Jones have put on a tremendous display of talented performers over the past few months at this community hotspot, including the UK’s number one Amy Winehouse tribute. With over 20 years experience within the industry, they certainly know how to throw a party!

Sarah is already a popular figure in town with her exceptional food dishes that she’s bought to the pub being highly regarded. The menu includes curries and traditional Mauritian dishes from local family recipes, as well as pub classics, such as home-made pies and bangers and mash. The pub also offers a fantastic selection of drinks, including local ales, ciders, wine and lagers.

Licensee Sarah Nubeebuckus-Jones at The Golden Cross said: “Matt is a great friend of ours, and we are so delighted he has agreed to take time out of his hectic schedule to perform for our fantastic community. The locals have been so welcoming to us since our arrival, and it’s great to be able to offer so much entertainment in return.”

Business Development Manager at Admiral Taverns, Rachael Dixon added: “Since taking on the pub in February, Adrian and Sarah have worked incredibly hard to ensure the pub is at the centre of its local community. They have got stuck in with every opportunity thrown at them, and we’re delighted with how the pub is thriving. I would thoroughly recommend a visit to anyone in the area – you won’t be disappointed!”.