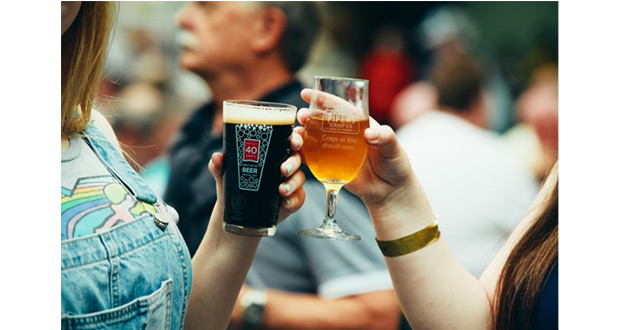 CAMRA has banned beers with discriminatory names or artwork at its flagship event, the Great British Beer Festival, taking place this week at Olympia London (6-10 August).

The official announcement continues a CAMRA policy launched last year and is supported by a YouGov survey which found that 68% of female drinkers who expressed an opinion would be unlikely to buy a beer they were planning to buy if saw an advert for it that they considered to be sexist. The findings suggest that British women are actively boycotting products reflecting out of date and discriminatory attitudes and images associated with the beer industry.

All of the 1,000+ beers, ciders and perries available at the festival this week have been checked to ensure they adhere to CAMRA’s charter and code of conduct, which details its commitment to inclusivity and diversity. The festival has also chosen Stonewall as its charity of choice and will be collecting proceeds in support throughout the week.

Abigail Newton, CAMRA National Director said: “Consumer organisations like CAMRA have an important role to play in making women feel more welcomed within the beer world. We have already been refusing to stock sexist beers at the Great British Beer Festival for several years now, but this is the first time we’ve made such a bold statement.

“It’s hard to understand why some brewers would actively choose to alienate the vast majority of their potential customers with material likely to only appeal to a tiny and shrinking percentage.

“We need to do more to encourage female beer drinkers, which are currently only 17%[1] of the population, despite the fact that they make up more than 50% of the potential market. Beer is not a man’s drinks or a woman’s drink, it is a drink for everyone. There is a huge amount of work that needs to be done to overcome outdated stereotypes.”