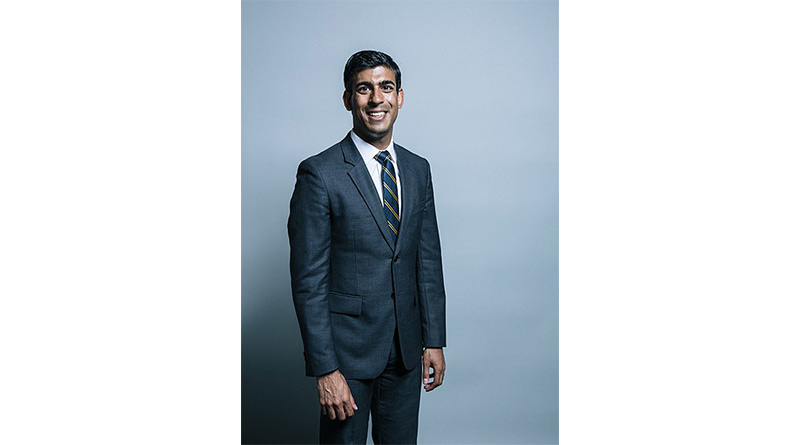 The Chancellor Rishi Sunak today outlined additional government support to provide certainty to businesses and workers impacted by coronavirus across the UK.

Delivering a speech in Parliament, the Chancellor announced a package of measures that will continue to protect jobs and help businesses through the uncertain months ahead as we continue to tackle the spread of the virus. The package includes a new Jobs Support Scheme to protect millions of returning workers, extending the Self Employment Income Support Scheme and 15% VAT cut for the hospitality and tourism sectors, and help for businesses in repaying government-backed loans.

The announcement comes after the Prime Minster set out further measures to combat the spread of the virus over the winter, while preserving the ability to grow the economy.

The Chancellor of the Exchequer Rishi Sunak said:

The resurgence of the virus, and the measures we need to take in response, pose a threat to our fragile economic recovery…

Our approach to the next phase of support must be different to that which came before.

The primary goal of our economic policy remains unchanged – to support people’s jobs – but the way we achieve that must evolve.

Since the beginning of the pandemic, the government has taken swift action to save lives, limit the spread of the disease and minimise damage to the economy.

Ministers have introduced one of the most generous and comprehensive economic plans anywhere in the world with over £190 billion of support for people, businesses and public services – including paying the wages of nearly 12 million people, supporting over a million businesses through grants, loans and rates cuts and announcing the Plan for Jobs in July.

The government has been consistently clear that it would keep its support under review to protect jobs and the economy, with today’s action reflecting the evolving circumstances and uncertainty of the months ahead. The package of measures, which applies to all regions and nations of the UK, includes:

A new Job Support Scheme will be introduced from 1 November to protect viable jobs in businesses who are facing lower demand over the winter months due to coronavirus.

Under the scheme, which will run for six months and help keep employees attached to the workforce, the government will contribute towards the wages of employees who are working fewer than normal hours due to decreased demand.

Employers will continue to pay the wages of staff for the hours they work – but for the hours not worked, the government and the employer will each pay one third of their equivalent salary.

This means employees who can only go back to work on shorter time will still be paid two thirds of the hours for those hours they can’t work.

In order to support only viable jobs, employees must be working at least 33% of their usual hours. The level of grant will be calculated based on employee’s usual salary, capped at £697.92 per month.

The Job Support Scheme will be open to businesses across the UK even if they have not previously used the furlough scheme, with further guidance being published in due course.

It is designed to sit alongside the Jobs Retention Bonus and could be worth over 60% of average wages of workers who have been furloughed – and are kept on until the start of February 2021. Businesses can benefit from both schemes in order to help protect jobs.

In addition, the Government is continuing its support for millions of self-employed individuals by extending the Self Employment Income Support Scheme Grant (SEISS). An initial taxable grant will be provided to those who are currently eligible for SEISS and are continuing to actively trade but face reduced demand due to coronavirus. The initial lump sum will cover three months’ worth of profits for the period from November to the end of January next year. This is worth 20% of average monthly profits, up to a total of £1,875.

An additional second grant, which may be adjusted to respond to changing circumstances, will be available for self-employed individuals to cover the period from February 2021 to the end of April – ensuring our support continues right through to next year. This is in addition to the more than £13 billion of support already provided for over 2.6 million self-employed individuals through the first two stages of the Self Employment Income Support Scheme – one of the most generous in the world.

As part of the package, the government also announced it will extend the temporary 15% VAT cut for the tourism and hospitality sectors to the end of March next year. This will give businesses in the sector – which has been severely impacted by the pandemic – the confidence to maintain staff as they adapt to a new trading environment.

In addition, up to half a million business who deferred their VAT bills will be given more breathing space through the New Payment Scheme, which gives them the option to pay back in smaller instalments. Rather than paying a lump sum in full at the end March next year, they will be able to make 11 smaller interest-free payments during the 2021-22 financial year.

On top of this, around11 million self-assessment taxpayers will be able to benefit from a separate additional 12-month extension from HMRC on the “Time to Pay” self-service facility, meaning payments deferred from July 2020, and those due in January 2021, will now not need to be paid until January 2022.

The burden will be lifted on more than a million businesses who took out a Bounce Back Loan through a new Pay as You Grow flexible repayment system. This will provide flexibility for firms repaying a Bounce Back Loan.

This includes extending the length of the loan from six years to ten, which will cut monthly repayments by nearly half. Interest-only periods of up to six months and payment holidays will also be available to businesses. These measures will further protect jobs by helping businesses recover from the pandemic.

We also intend to give Coronavirus Business Interruption Loan Scheme lenders the ability to extend the length of loans from a maximum of six years to ten years if it will help businesses to repay the loan.

In addition, the Chancellor also announced he would be extending applications for the government’s coronavirus loan schemes that are helping over a million businesses until the end of November. As a result, more businesses will now be able to benefit from the Coronavirus Business Interruption Loan Scheme, the Coronavirus Large Business Interruption Loan Scheme, the Bounce Back Loan Scheme and the Future Fund. This change aligns all the end dates of these schemes, ensuring that there is further support in place for those firms who need it.

At the start of the pandemic, the Chancellor pledged to give the NHS and public services the support needed to respond to coronavirus – and as of today, £68.7 billion of additional funding has been approved by the Treasury, including £24.3 billion since the Summer Economic Update in July.

This funding has helped ensure the procurement of PPE for frontline staff, provided free school meals for children while at home and protected the country’s most vulnerable. In addition, the £12 billion funding to roll-out the Test and Trace programme has played a key role helping to unlock the economy, enabling businesses like restaurants and bars to serve customers again.

As announced earlier this year, the Treasury has also guaranteed the devolved administrations will receive at least £12.7 billion in additional funding. This gives Scotland, Wales and Northern Ireland the budget certainty to for coronavirus response in the months ahead.

UKHospitality Chief Executive Kate Nicholls said: “The announcement of further restrictions yesterday was a significant hammer blow that will inevitably depress trading. It was crucial that the Chancellor delivered support today that specifically targeted the hospitality sector which has been hit harder than any.

“The announcement of flexible employee support is a move in the right direction, but hospitality needs more targeted efforts to support jobs. Almost 1 million people in our sector are still on furlough. We need Government to go further in hospitality, recognising the greater restrictions imposed upon us, and pick up the full cost of unworked hours. This would be a relatively low cost for huge reward for our workforce. Full support to sustain people in their jobs during what could be a pretty bleak winter for hospitality would be a great step forward.

“Looking ahead, the extension of the VAT cut was absolutely critical. UKHospitality had pushed hard for it, so it is great to see the Government taking note of our major concerns about recovery into 2021, though this must be extended further. The announcement of longer tax deferrals and the option of longer loan repayments should deliver some much-needed breathing room for employers.

“Things were looking grim for our sector yesterday and we were desperately hoping for some good news. The Chancellor has given us some reason to be positive again, but we urge him to engage with the trade on specific measures to keep people in work. While some of these measures announced today will give businesses a future to shoot for, and hope that they can begin to rebuild, we are still not out of the woods.”

CAMRA’s National Chairman Nik Antona said: “The Jobs Support Scheme is a welcome announcement – we are glad that the Chancellor has listened to industry calls for action on jobs. However, those jobs will not exist if pubs and breweries are not viable businesses.

“While we wait for further details, what we’ve heard does not go far enough to support pubs, especially wet-led pubs, or breweries and the wider supply chain which – as we’ve seen from recent industry statistics – is going to be massively impacted by new restrictions, with job losses and potential closures before Christmas.

“What the hospitality industry needs is a support package including an extension of the business rates holiday, grants rather than loans, consideration of a differential rate of duty on draft beer served in pubs and real support for wet-led pubs which cannot benefit from the VAT cut extension.”

FDF’s Chief Executive, Ian Wright CBE, said: “The decision to introduce the Jobs Support Scheme and to extend the VAT cut for hospitality are welcome from the government but simply do not go far enough. The requirement for staff to be working part-time to be eligible for support will not be enough to sustain hospitality businesses and their food and drink manufacturing suppliers – the squeezed middle – through a difficult autumn and winter where pubs, bars, and restaurants will have significantly reduced custom.

“The pandemic has had a far greater impact on some sectors of the economy than others – sectors that would continue to support millions of viable jobs once a vaccine is achieved and social distancing can end. Only by continuing a targeted furlough scheme while the current restrictions remain will we avoid mass long-term unemployment and the decimation of a sector that could otherwise support our economic recovery once the pandemic is over. We urge the UK Government to engage with those industries most impacted about what more can be done to support those food and drink businesses most affected by the restrictions.”