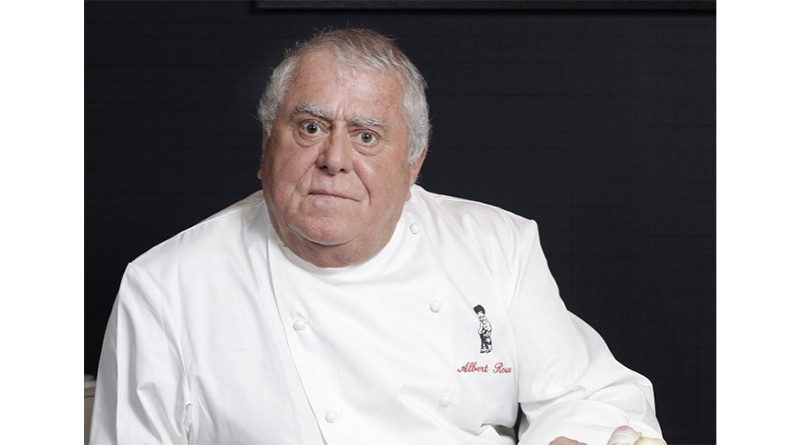 The Roux family has announced the sad passing of Albert Roux, OBE, KFO, who had been unwell for a while, at the age 85 on 4th January 2021.

Albert is credited, along with his late brother Michel Roux, with starting London’s culinary revolution with the opening of Le Gavroche in 1967.

His son, Michel Roux Jr, says that Albert’s sheer love of life and passion for making people happy through his food will be greatly missed: “He was a mentor for so many people in the hospitality industry, and a real inspiration to budding chefs, including me.”

Food critic Jay Rayner paid tribute to Roux tweeting: “Albert Roux was an extraordinary man, who left a massive mark on the food story of his adopted country. The roll call of chefs who went through the kitchens of Le Gavroche alone, is a significant slab of a part of modern UK restaurant culture. RIP.”

Albert completed his Military Service in Algeria during which time he was invited on occasion to cook for the Officers’ Mess.

Upon leaving the military, Albert took up a post as Sous Chef at the British Embassy in Paris where he spent two years before leaving for the UK once again. He was employed as chef to Major Peter Cazalet at the family estate at Fairlawne, Tonbridge in Kent.

He stayed with the Cazalet family for eight happy years. It was the Cazalet family and many of their friends who encouraged and financially helped Albert to open his own restaurant, Le Gavroche in London’s Chelsea, in April 1967.

The renowned Mayfair restaurant became the first in Britain to receive three Michelin stars in 1982. In 1988 Albert’s son Michel Roux Jr joined Le Gavroche and over the years stepped back from his day-to-day involvement in the business. Michel Jr now oversees the venue as chef-patron.

The Roux family have requested that their privacy at this time be respected.