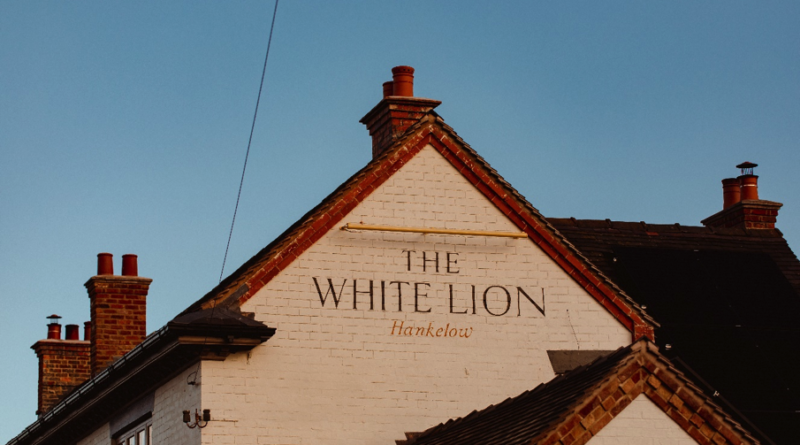 The White Lion, in Hankelow, is set to reopen next month following a multimillion-pound investment from its community owners.

Taking the helm of the new-look White Lion is General Manager Christaki Frangeskou, who joins chef, Jack Fields, in creating and implementing the new offering. The pub will be serving a menu centred around locally sourced seasonal ingredients and featuring refined takes on pub classics.

The White Lion will also focus on beer, taking advantage of the abundance of microbreweries in the surrounding area to stock a rotating range of cask and craft beer, alongside a core house selection. The team aims to build a reputation for serving quality beers, as well as showcasing variety.

The pub, which last traded in 2016, was purchased when members of the Hankelow community stepped in to prevent the site from being developed into residential housing. Since then, The White Lion has become a passion project for nearly forty village residents, as they worked to raise funds to complete the investment.

The whole project has been a community effort, with focus groups taking on different aspects of the refurbishment, such as design, build, operations, and the pub’s exceptional green credentials.

The spend has brought a new lease of life to the community landmark. The building has been extended, with local builder James Shenton’s master joinery a focal point in the rear extension that will serve as the front door. The design has been led by community team members and brought to life by Manchester-based designer Jason Prince. The result will be pops of colour throughout the building, adorned with original and upcycled features, and will represent the team effort that has gone into the work.

Setting the pub apart is also its pioneering green credentials. Not widely adopted across the hospitality sector, The White Lion has put sustainability at the centre of its operating ethos. The pub benefits from rooftop solar panels, a cutting-edge, infrared ceiling and wall-mounted heating system, an integrated building management efficiency scheme, and a rainwater harvesting tank. The car park will also be fitted with electric vehicle charging points.

On top of this, the team behind the pub will also be working with their suppliers to minimise packaging and contribute to sustainable waste management.

Nic Goodwin, Director, commented: “Our commitment to sustainability has guided us throughout the project. We have used reclaimed and low-energy materials wherever possible and will be upcycling where possible across our operations too. Our aim is to substantially reduce waste going to landfill and bring our net carbon emissions as close to zero as possible, bearing in mind the nature of the project.”

“But what has been most important to us all is bringing back to life our local pub. It has been such an important part of Hankelow over the years, and we’re all tremendously excited for it to open its doors again!”