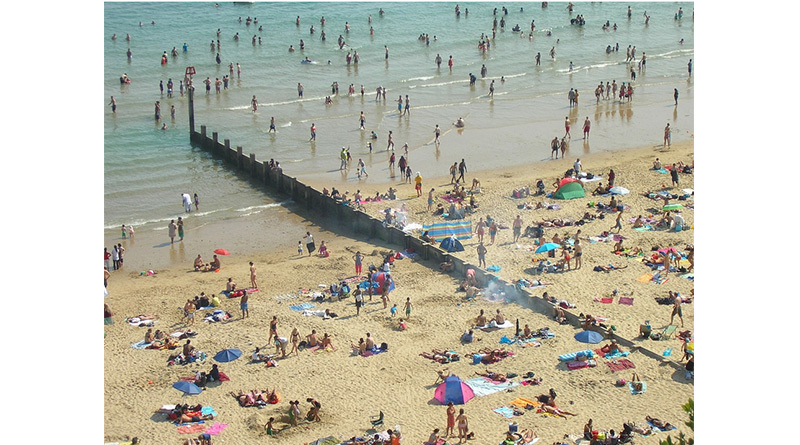 Consumer card spending rose by 15.4 per cent in August, compared to the same period in 2019, with growth recorded across all sectors apart from international travel. New data from Barclaycard, which sees nearly half of the nation’s credit and debit card transactions, reveals how the end of summer gave the economy a boost, while shedding light on the inflation concerns causing many to review their spending habits.

Spending on essential items grew 14.5 per cent in August, compared to the same period in 2019, bolstered by spending at supermarkets and food and drink specialist stores, which were up 15.2 per cent and 76.9 per cent respectively.

Non-essential items rose 15.9 per cent – the highest increase since before the first national lockdown, and surpassing July’s high of 10.4 per cent – as consumers continued to spend more on socialising, UK holidays, and back-to-school / back-to-office supplies.

In positive news for the hospitality and leisure sector, restaurant spending broke into positive growth for the first time since the pandemic hit (+0.1 per cent), while spending on pubs, bars and clubs reached 43.4 per cent, the highest growth recorded for over 17 months.

The boom in summer socialising also had a positive impact on entertainment – such as theatre, festival and theme park tickets – which reached a new high of 24.2 per cent, while taxi and fuel spending also increased to 20.6 per cent and 7.2 per cent respectively.

The gradual return of workers to UK offices, and parents preparing their children for the new school year, has also given retailers a welcome boost. Clothing rose for the fourth consecutive month, reaching 33.5 per cent growth online, and 12.8 per cent overall, as shoppers took advantage of end-of-season sales to purchase workwear and school uniforms.

With office workers adjusting to new work and lifestyle patterns, this growth looks set to continue. Of those returning to the office after having worked from home during the pandemic, 34 per cent plan to spend more on takeaway breakfast or lunch, and 26 per cent intend to up their spending on socialising after work. A further 27 per cent also expect to keep their work wardrobe updated by allocating a larger budget for new clothes, shoes, and accessories.

Staycations remained popular throughout August as spending on hotels, resorts and accommodation grew for the third consecutive month, compared to 2019, reaching its highest growth recorded since the onset of Covid-19 (+17.5 per cent).

Meanwhile, international travel continued to head in the right direction, with travel agents (-55.0 per cent) and airlines (-52.5 per cent) seeing less of a decline than in July (-66.6 per cent and -56.2 per cent) – perhaps a sign of brighter times ahead, as the vaccine roll-out continues and more destinations open up to British holidaymakers.

Confidence in the UK economy rose to its highest point (37 per cent) since February 2020 (42 per cent), with 78 per cent of Brits confident in their ability to live within their means each month, and 71 per cent feeling optimistic about their household finances.

However, this optimism could be dampened by concerns about rising prices, as almost two thirds (64 per cent) of consumers worry that everyday items are becoming more expensive, and of those, 42 per cent are already making lifestyle changes as a result.

Over a third (35 per cent) say rising inflation will make them more likely to seek value in the purchases they make, and 30 per cent are concerned about the impact of inflation on the value of their cash savings. These fears have led to nearly two fifths (37 per cent) of Brits making cut-backs now to ensure they can afford higher outgoings for Christmas.

Raheel Ahmed, Head of Consumer Products, said: “Socialising, shopping, and staycations were top of the agenda for Brits in August, as families and friends made the most of the school holidays, giving a welcome boost to hospitality and leisure businesses. Over the coming months, these sectors should also benefit from Brits returning to the office, as colleagues enjoy long overdue catch-ups over post-work meals and drinks.”