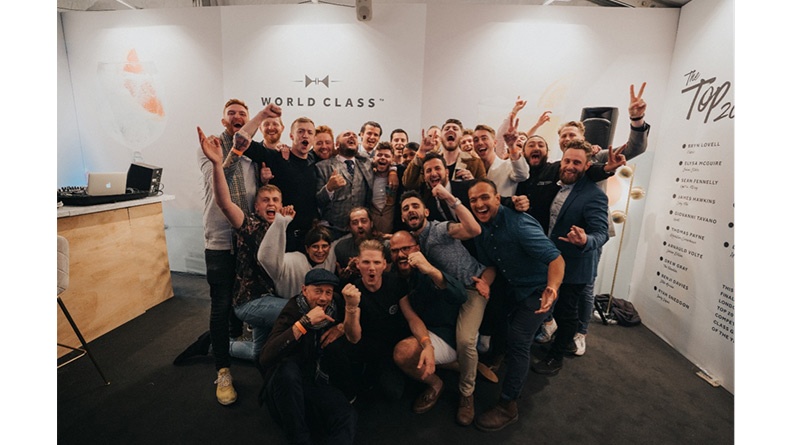 Diageo Reserve’s much anticipated bartender competition, World Class, is now open for entries in the UK. This year, organisers expect to receive the highest number of entries yet from the country’s bartending community following a record attendance for the bartender training UK-wide studios tour.

The annual competition, which is now in its twelfth year, encourages bartenders from across the UK to submit a digital entry of one or two serves, to be in with the chance of making it into the top 100. These contestants will then be shortlisted to 20 following an in-bar judging stage. The UK’s top 20 bartenders will compete to be crowned GB World Class Bartender of the Year 2020 at the GB final, which is taking place in the New Forest in June. The overall winner will represent GB in the World Class Global Final hosted in Sydney, Australia this autumn.

The two modules bartenders have been asked to submit to are ‘Acid House’ and ‘Heritage Highballs’. The former is designed to celebrate the whole citrus fruit that forms an integral part of Diageo’s premium gin brand, Tanqueray No. TEN. Entrants will then be challenged to replace the fresh citrus with an alternative acid of their choice. The ‘Heritage Highballs’ pays tribute to the classic Johnnie Walker Highball and challenges entrants to produce their own highball serve using Johnnie Walker Black Label and a range of ingredients with an interesting backstory.

To enter the competition, bartenders will need to submit a cocktail to one or both of the digital entry challenges by midnight 9th March. Entrants must submit recipes online at www.TheWorldClassClub.com and share a photo of the drink on social media using #WorldClassGB2020 for a chance to make it to the top 100. These entries will be announced on 11th March and competitors will be invited to share a Ketel One ‘One Square Mile’ serve online for the in-bar judging process, where judges, consisting of previous GB winners and Diageo BAs, will travel the country to taste-test all drinks entries.

The GB final will see the UK’s top 20 bartenders come together for the first ever GB ‘Camp World Class’, taking place at The Pig Hotel in Brockenhurst, New Forest. Contestants will take part in a series of challenges that will utilise the natural resources of the surrounding area and showcase the natural beauty of the Great British Countryside.

This year’s World Class Bartender of the Year will be awarded with an exclusive prize package which includes the opportunity to tour with the World Class team hosting events and workshops, a tour of a selection of Diageo-owned distilleries covering the four corners of Scotland, a budget for bar tools, equipment and custom serve creation, a guest bartending shift at one of Europe’s best bars, as well as nationwide exposure and dedicated PR throughout the year. This year’s winner will also be crowned with the coveted title of GB World Class Bartender of the Year 2020 and will represent GB in the Diageo Reserve World Class Global Final hosted in Sydney later this year.

Jack Sotti, World Class GB Brand Ambassador at Diageo Reserve, comments: “World Class has become a hotly anticipated calendar date for bartenders across the globe and it is fantastic to have built such a strong community.

“This year’s GB competition has got off to an explosive start with a record-number of bartenders joining the World Class journey on our UK-wide tour. As we move into this new phase of the competition, we can’t wait to see how competitors will respond to the new briefs we have devised. The national final always serves as a great opportunity to bring our industry together and it will be a privilege to see so much talent on display.”

Entries for Diageo Reserve GB World Class Bartender of the Year 2020 are now open and close on 9th March. To enter, visit https://www.theworldclassclub.com/