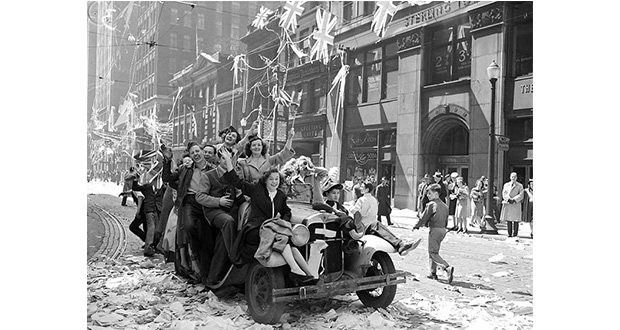 The Home Secretary has announced plans to extend pub licensing hours across England and Wales to celebrate the 75th anniversary of Victory in Europe Day.

Pubs clubs and bars that are licensed to trade until 11 PM could be allowed to open until 1 AM on Friday may eight-Saturday, May 9 next year without having to apply for an extension. The proposal follows the government’s decision to move the early bank May bank holiday in 2020 from Monday, May 4 to Friday may eighth making the 75th anniversary of Victory in Europe a public holiday.

Home Secretary Priti Patel said” VE Day is a landmark day in our history. Extending is licensing hours will pave the way for commemorative events across the UK so we can pay tribute to the courage and determination of the millions who fought for our freedom or supported the war effort at home”

The British Beer & Pub Association (BBPA) has today welcomed plans, and comes after the BBPA wrote to the Home Office, requesting extended hours for VE Day 75 so the nation could come together in the pub to make the most of the celebrations.

The BBPA has also worked with the organisers of VE DAY 75 to create a toolkit for pubs, advising them on how they can get their pub involved in the celebrations.

Extended pub hours for previous national occasions include the Royal Wedding of Prince Harry and Meghan Markle, the most recent football World Cup, and the Queen’s Diamond Jubilee.

“In 1945, VE Day would have been celebrated in pubs up and down the country. VE Day 75 will be a wonderful opportunity for the nation to commemorate and celebrate the occasion in the great British pub.

“It is wonderful news that licensing hours for pubs are being extended as part of this special weekend. It will be greatly welcomed by people looking to celebrate the occasion and remember those who gave so much during the war.”

UKHospitality Chief Executive Kate Nicholls said: “The 75th anniversary of VE Day will be an historic moment for the country. People will want to mark the occasion in all sorts of ways and pubs are often the focal point for community celebrations and acts of commemoration. This will be a moment of national significance and extending licensing hours will allow pubs to play their part.”