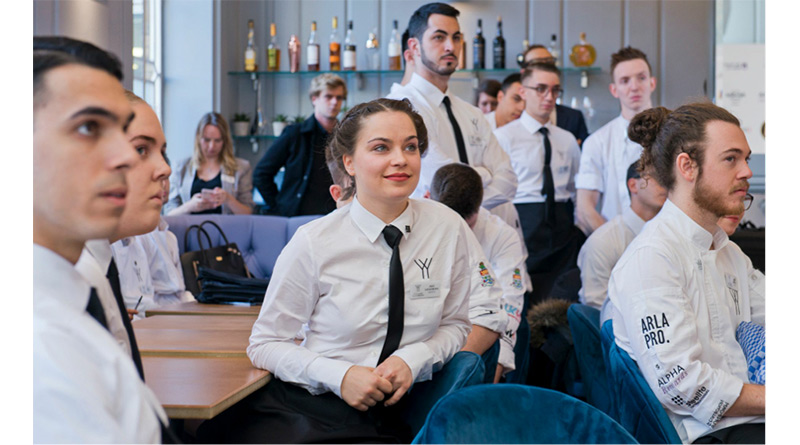 The finalists of the Young Chef Young Waiter of the Year competition have been announced for the UK and China/south-east Asia.

The competition, in association with UKHospitality and the Restaurant Association, has recognised 16 finalists from the UK – three of which return from last year’s competition – and nine from China and south-east Asia.

Now in its 41st year, the competition was relaunched by the Nth Degree Global last year to honour the best chefs and waiters and promote hospitality as a vocation for young people.

The finalists submitted a video entry and questionnaire, which was assessed by a panel of judges including head chef judge Theo Randall and head waiter judge Simon King, along with Jason Atherton, Tom Kerridge, Claude Bosi, Emily Roux and a number of other high-profile names in the industry.

Finalists for Best Young Waiter of the Year 2020 – UK:

Finalists for Best Young Chef of the Year 2020 – China/south-east Asia:

Finalists for Best Young Waiter of the Year 2020 – China/south-east Asia:

“As we reach the end of 2020, we are optimistic for 2021. This has been a turbulent year for hospitality yet it has been heartening to see the support and ingenuity from everyone in the industry,” commented head chef judge, Theo Randall.

“Young Chef Young Waiter harnesses the talents of young professionals and the competition offers them a platform for the future. We are grateful to all our sponsors and partners for their continued support and we will look forward to the final.”

Chairwoman of Young Chef Young Waiter China/south-east Asia, Ching-He Huang, added: “The aim of this competition is to support the next generation of talent to recognise and award those who continue to give their all, as well as attracting promising young talent to work in our special industry.”