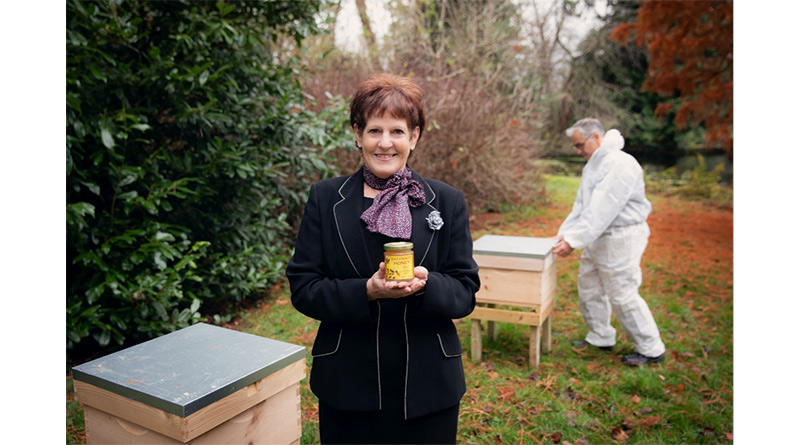 Staff at a Shropshire hotel are buzzing after taking delivery of their first batch of home-grown honey.

Queen bees were then introduced, followed by the young earlier this year, and the process of producing the hotel’s own honey began.

General Manager Jennifer Sibbald-Wall said: “We bought lots of wildflower seeds and invited any children who stayed at the hotel to throw the seeds out.

“The hives have names, like Bee Happy and Bee Successful, and our bees certainly have been, judging by the quality and quantity of the honey they have produced.”

A local business, the Ellesmere Honey Company, which is a member of the Bee Farmers Association, manages the hives for the hotel and ensures that the bees are healthy, supported by the hotel’s own maintenance manager Matt Rice, who tends the hives on a day-to-day basis.

Jennifer said: “We have around 6,000 bees on site now, and Ellesmere told us that the amount of honey produced on our grounds was very high, and that the quality was also very high, which we were delighted to hear.

“We learned that a single bee flies the equivalent of going around the world two-and-a-half times in order to produce one spoon of honey, which is amazing.

“Our first yield has produced more than 100 pots altogether.”

“The approach also helps the hotel reduce its carbon footprint, too; the more home-grown foods it produces, the less deliveries from further afield are needed.

“We are very proud of the dedication and commitment of the Albrighton Hall Hotel and Spa team towards achieving greater sustainability.”