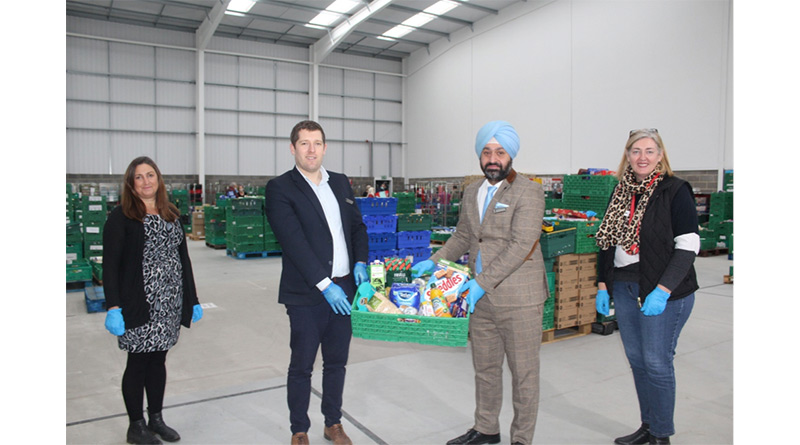 More than 220 Foxhills members have chosen to donate their November membership subscriptions to local food banks as part of an initiative to ensure fewer people go hungry during the festive period.

This equates to a £25k donation to food banks in Runnymede and Weybridge which will go towards 300 food hampers for families – including a supermarket gift voucher to buy fresh food, 400 ‘food for lunch’ bags for school children, as well as emergency food for families in need.

In addition, the club is donating £5k to provide Christmas hampers to the Children with Special Needs charity in Cobham – and these are just two of four ways the club is helping others over the festive season.

Foxhills, like many businesses, was forced to close on Wednesday, November 4, due to the government’s national lockdown restrictions, meaning members were unable to use the club’s extensive leisure facilities for a month.

As an option for recompense, members were invited to donate their missed month’s membership subscription to local food banks in time for Christmas.

And the response was overwhelming, with many members instantly signing up and praising the club for introducing this initiative at such a fitting time following professional footballer Marcus Rashford’s recent child food poverty drive and a year of mass unemployment.

Marc Hayton, Foxhills owner and managing director, said: “An existing issue of people not being able to afford food has become worse and a number of our members are in the fortunate position of being able to take some of the stress away from these people at a time where everyone deserves a decent meal and celebration – never more so than this year.

“It’s been a challenging year for Foxhills, with two forced closures, but we are confident that we will come out the other side stronger and better than ever and want to do all we can to make sure local residents do too.”

Angela Miller from Runnymede Foodbank said: “We truly can’t thank Foxhills and its members enough for everything they have done to support us. Their kindness and generosity is completely overwhelming.

“I had to call Marc back to make sure I heard him correctly when he told us the amount – it’s such a huge donation for us and will make a real difference to the lives of so many families – putting food on their tables and spreading some well-needed Christmas cheer.”

The third gesture by the club is offering a 20% discount on festive lunches and festive afternoon tea to the country’s selfless key workers who have worked tirelessly on the front line over the past few months.

Not only that, but Foxhills welcomed nominations from its members for their ‘unsung heroes’. A panel of staff members will pick six of the most inspiring stories and reward them with one of the following gifts; afternoon tea for two, Sunday night bed and breakfast, dinner in The Fox dining rooms for two, couples’ golf lesson, a spa guest pass for two and a fourball on one of Foxhills’ Championship courses.