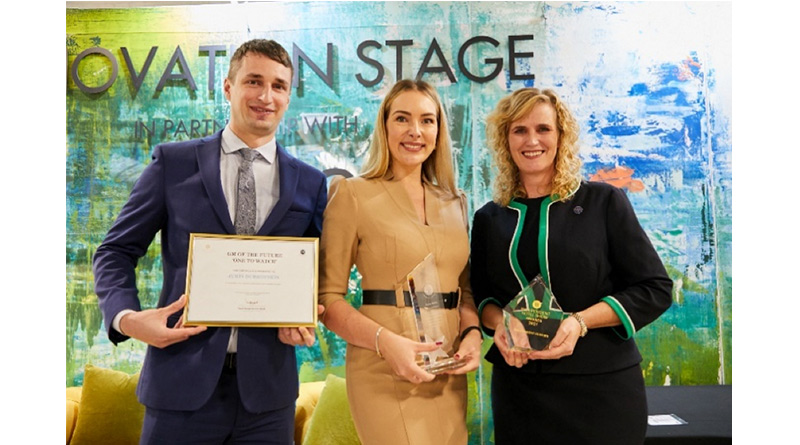 Anna Sirba, operations manager of the Salcombe Harbour Hotel & Spa, has been named GM of the Future by the Master Innholders at the Independent Hotel Show Awards 2021.

Anna, who has worked in hospitality for 18 years, was recognised at the awards on 4 October for demonstrating clear leadership, displaying a level-headed and mature approach to work and for focusing on the future of the industry.

As the quality of entries was so high, judges also decided to award a ‘One To Watch’ accolade to Juris Dubrovskis, executive housekeeper at The Athenaeum Hotel & Residences for his tenacity, drive and passion for hospitality.

Commenting on her win, Anna said: “It feels incredible. It’s such an honour to be nominated, then shortlisted and now receive the award. I can’t thank my company and my team enough. They inspire me every day. This award is empowering and has given me a massive push to become a general manager in the future.”

The GM of the Future and One to Watch awards were presented by Joanne Taylor-Stagg FIH MI, general manager of the Athenaeum Hotel & Residences.

David Morgan-Hewitt FIH MI, awards judge and chairman of the Master Innholders, said: “The GM of the Future Award was created by The Master Innholders to champion the next generation of hotel leaders and is designed to celebrate those who go the ‘extra mile’ to demonstrate their commitment to becoming a future leader.

“Anna and Juris both embody these qualities and share a great passion for the hotel industry. On behalf of The Master Innholders I congratulate them on their awards and extend a well done to all finalists who demonstrated such a high standard of entry.”