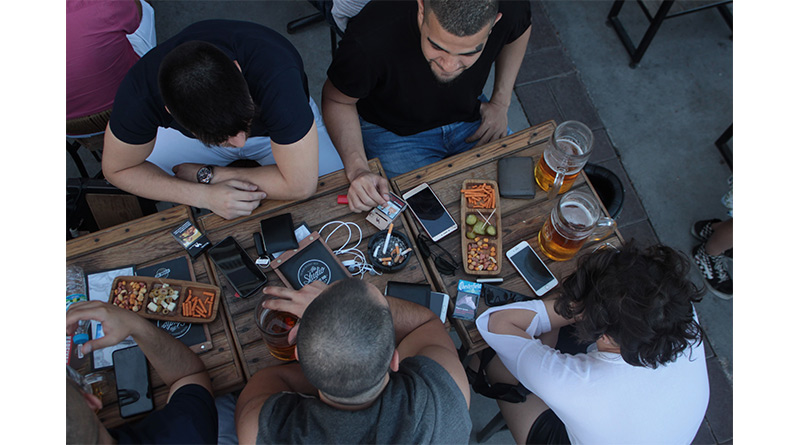 Data shows that 20% of quitters more likely to experience relapse with seating restrictions.

Calls from ASH charity for 100% cigarette free seating in hospitality is backed by a new study. Findings reveal how to support smoking cessation and reduce the risk of second-hand smoke.

The study found that around 1 in every 5 ex-smokers are having difficulties quitting due to seeing others smoking in pub gardens and outdoor seating. With many venues increasing covid-safe capacity with outdoor seating this Christmas, it’s feared that this could cause a spike in smoking in the UK.

When the Quitting Smoking for Mental Health study asked 1,000 current and ex-smokers across the UK what measures would have been the greatest help in your smoking cessation, they responded with –

The study was conducted by Vape Club and is part of research into the impact cigarettes can have on mental health. It sought insight from ex-smokers, who are also the group most in danger of relapsing, to find out what they believe would be the most effective local policies to help others quit.

The data highlights the knock-on effect that a cigarette smoker in public can have, not only causing others to experience their second-hand smoke but also potentially causing someone going through the quitting process to relapse back to smoking.

The data comes at a time when smoking cessation charity ASH have called for ‘pop up’ pavement licences for the hospitality sector to be made 100% smokefree; helping smokers to to ‘quit and stay quit’, providing family-friendly spaces, and preventing harm caused by second-hand smoke.

Jonathan James, Owner at The Boathouse in Tewkesbury, says:

“We see an increase in smoking when people drink alcohol. Typically, Christmas sees an uplift in drinkers which would lead to more smoking. We are fortunate to have an extensive external space, with tables that are very well spaced and table service for safety with the pandemic.

We see no need to implement a no smoking policy as it would reduce trade – but I can understand urban venues with limited outside access would have an issue.

I can imagine that a blanket ban would make it easier for an ex-smoker, simply because they no longer have to tell themselves not to smoke. “You cant smoke” is much easier that “you can but best you don’t smoke”, especially after a few Mojitos!”

There is also evidence that previous smoking restrictions have done a lot to encourage people to quit smoking. Research from Cancer Research UK found that around 1.9 million people in Britain have stopped smoking since doing so was banned in pubs, clubs, bars and restaurants.

“It’s clear that local authorities and businesses can be really effective agents of change when it comes to encouraging smoking cessation. With the right tools in place, simple measures to promote smoking cessation can make a huge difference to someone’s overall wellbeing, both mentally and physically – as well as reducing the ongoing strain that both smoking and smoking cessation services place on the NHS.”