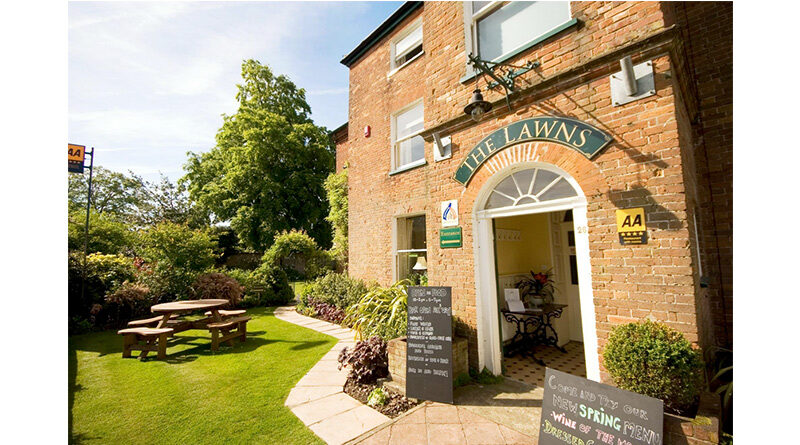 Hospitality brand Chestnut has announced the acquisition of The Lawns in Holt as its latest addition to the growing portfolio of pubs and inns.

The new acquisition is part of an ambitious three-year plan, with the first year alone bringing four new inns to the collection, the addition of over 80 new team members and year on year revenue growth of 150%. The new sites, all in regional tourism hotspots, include The Feathers and The Maltings in North Norfolk, The Carpenters Arms near Cambridge and The Lawns – its latest acquisition in Holt.

“We are delighted to welcome The Lawns in Holt to our collection, a destination that’s a key part of the tourism scene in Norfolk,” said Founder and Chief Executive Philip Turner. “Following on from the recent acquisition of The Feathers this new pub will add extra rooms to our portfolio in the town. We have plans to renovate both pubs in the coming months and look forward to playing our part in the continued success and growth of staycations in North Norfolk.”

“Going into 2022 with another new acquisition has only been possible as a result of us having a clear strategy for growth, focusing relentlessly on investment in our sites and, most importantly, bringing in new talent to the team to build on the great people we have in the organisation.”

To support the ambitious growth plans, Chestnut has been investing in their people and has recently appointed two new senior managers from the wider hospitality sector. Charley O’Toole joined the team as Head of People, bringing with her 15 years’ experience in developing and leading people in a range of leisure businesses, including the last four years as Head of People at Bill’s. While Tom Salt has also joined the team as Head of Food, Tom has spent the past 20 years working in London most recently at the Manicomio Group, and having worked in Chef positions at both The River Café and Zafferano.

Philip continued: “The past two years have been incredibly tough for the industry, particularly for our people. In a sector which is facing real recruitment challenges – retaining and attracting the best people has never been more important.”