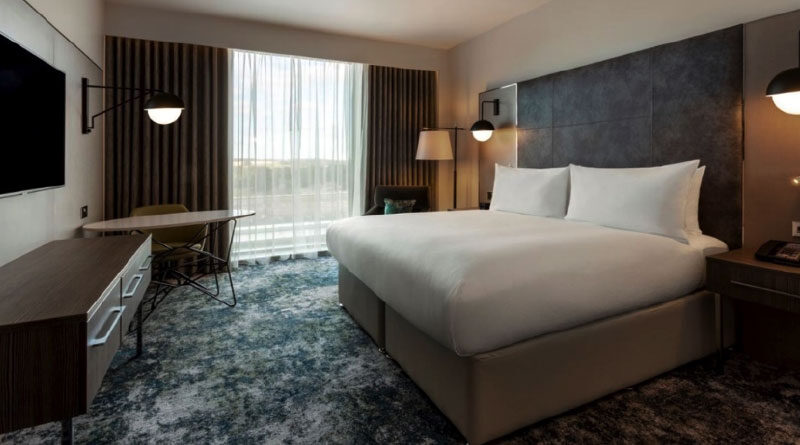 UK hotels saw a sharp decline in occupancy rates, daily rates, revenues per room and gross operating profits in August as the cost-of-living crisis continues to tighten its grip on consumer spending, according to the RSM Hotels Tracker.

The data, compiled and produced by Hotstats and analysed by RSM UK shows that occupancy rates of UK hotels dropped to 72.8% in August compared to 77.1% in July.

Revenue per available room (RevPAR) of UK hotels saw the biggest monthly drop since the impact of the omicron variant in late 2021 with London hotels worst hit with a £56.24 drop to £150.91.

Rising staff costs continue to put pressure on the sector. Payroll costs, as a percentage of room revenue, rose sharply from 23.5% last month to 28.3% in August.

The reduction in revenue, along with the continued increase in costs have resulted in gross operating profits of UK hotels seeing nearly a 10% drop to 35.5% in August compared with 45% in July. London hotels saw a bigger monthly drop to 38.9%, down from 51% in July.

Chris Tate, head of hotels and accommodation at RSM UK, said:
‘While the hotel sector does ordinarily see a drop in occupancy rates in August, this was more pronounced than usual. The fallout from the cost-of-living crisis is becoming entrenched in falling consumer confidence and this is reflected in room rates and occupancy showing a sharper drop than normal at this time of year.

‘What is encouraging, however, is that while the drop in average daily rates is significant, it remains higher than the same period in 2019. And, there are some positives for the sector as it heads into the winter and beyond. The government’s recent announcement of an energy price cap, albeit a six-month reprieve, will go some way to give hotels crucial breathing space as they have seen their utility costs per room rise.

‘While the recent fall in sterling is not universally good news for the UK, this may be one sector that stands to benefit. Falling exchange rates make the UK an attractive, cheaper destination for overseas visitors especially those from America and we would also expect to see a rise in domestic tourism with consumers increasingly priced out of overseas travel.’