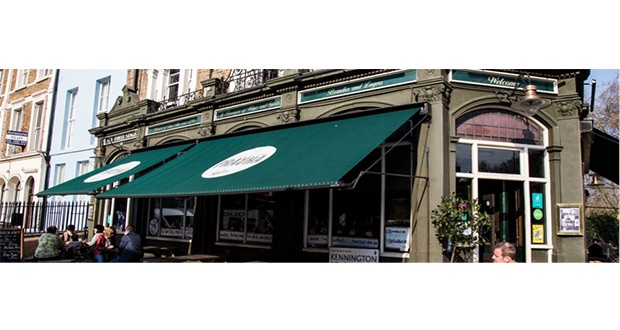 Landlord Richard Bell of the three stags in Kennington London is taking beef off the menu in protest at the fires ravaging the Amazon rainforest , saying he could no longer stand by and excuse an industry that is having such a negative impact on the environment.

Richard decided to boycott meat products earlier this month (September 2) and said “When is enough enough? For me it is now. In protest at the extreme selfish ignorance of our appalling current political leaders, the Three Stags is entirely boycotting all beef products,” said Bell. “Our diet must change because we cannot continue to exploit the planet so wantonly.

“What mankind is doing to the Amazon in order to feed beef to billions of greedy mouths is deplorable and though my business is not vegetarian or vegan I feel the responsibility not to sell beef, as a statement to my customers and other restaurant and pub operators.”

According to investigations from Brazil’s National Institute for space research there have been over 75,000 fires in the Amazon rainforest this year, a staggering 84% increase year-on-year and the highest since records began.

The Three Stags, is a founding member of the Sustainable Restaurant Association (SRA), a community of foodservice businesses, suppliers and discerning diners who work together to create a sustainable foodservice industry for people and planet.

Richard says the Three Stags will continue to include meat for now because Bell believes that farmers employing sustainable methods should be encouraged. “

Bell is investigating plant-based beef alternatives such as Beyond Meat, Impossible Foods and Moving Mountains.

Andrew Stephen, chief executive of the SRA said: “The SRA has for the last two years been calling on restaurants and the wider foodservice sector to ‘flip the menu’ and increase the proportion of veg-led dishes on their menu to decrease their impact on the planet.High street brands like Wagamama and Zizzi have enjoyed success doing just that, followed by fast food giants like KFC and Greggs. If we can reimagine sausage rolls and burgers, then why not a Sunday roast?”