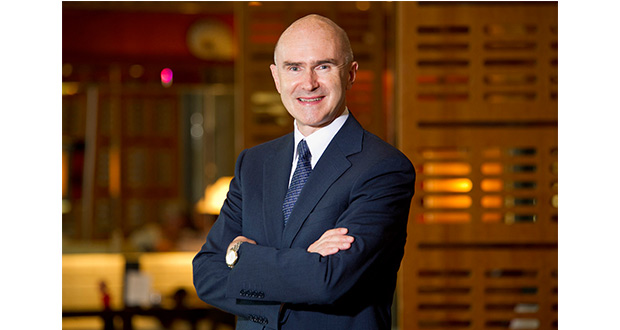 The ICC Men’s Cricket World Cup contributed to hotels across Manchester being almost full throughout June.

Adrian said hotels have benefitted from the influx of visitors, as has the rest of the city.

He said: “Old Trafford hosted more Cricket World Cup matches than any other host city or town and hotels across the city saw occupancy rates rise to 90% during June.

“We’ve certainly witnessed a world cup fever here in the city, which of course had the perfect ending when England won the tournament in the most dramatic of circumstances.”

He added: “What’s been great though is the vast array of visitors from around the globe who travelled to Manchester to support their country in cricket’s elite international tournament.

“With a variety of concerts also held, as well as good transient demand, June has been one of the best months on record for city centre hotels.”

Adrian also said he is optimistic about future boosts to Manchester’s hospitality economy in the months ahead, with the return of the football season in August and the hosting of The Conservative Party Conference at Manchester Central from Sunday, September 29 to Wednesday, October 2.

“With Manchester City and Manchester United beginning a new season next month, as well as huge music concerts and The Conservative Party Conference all coming soon, hoteliers and those working in hospitality are confident that this will bring in further strong business across the city.”