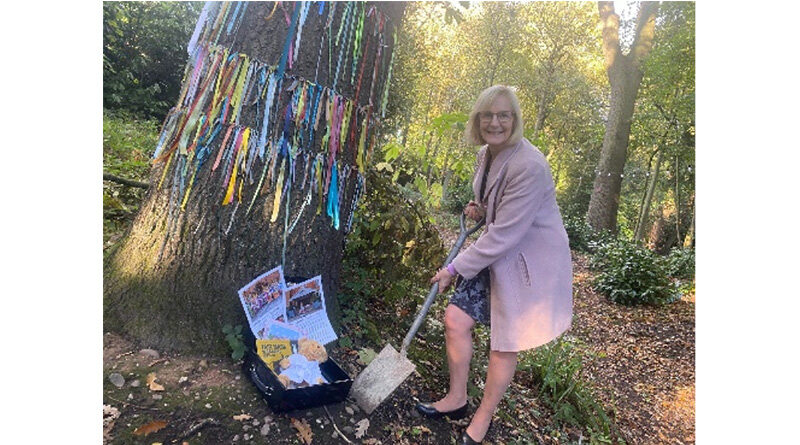 A stark reminder of what life was like in “COVID-19 Britain” is being preserved in a time capsule, which is to be buried to mark the 60th anniversary of a leading Midlands hotel.

Surgical masks, hand gel and NHS advice pamphlets will be stored away for future generations to discover, together with newspapers containing reports on how the coronavirus pandemic impacted upon the lives of families living in the region.

Angela Burns, chief executive of Moor Hall Hotel & Spa, a prestigious country house hotel located in Four Oaks, Sutton Coldfield, which has been owned by the entrepreneurial Webb family since 1961, said: “Since the start of the coronavirus outbreak we have experienced dramatic events that have changed the world and the way that people live their lives. We had already planned to bury a time capsule for our 60th anniversary and then decided to include some items that have been so relevant to us all recently as well.”

Included in the time capsule are documents detailing Moor Hall’s timeline of the pandemic including photographs of when the hotel opened a community shop during the first few weeks of the first lockdown to sell much needed flour, eggs and toilet rolls.

The capsule to be buried in the hotel grounds will also include various items from the hotel including menus, a Moor Hall teddy bear and a brief history. The hotel, which is built on the site of the former home of 16th century Bishop John Vesey, was frequently visited by King Henry VIII. It is thought that Sutton Coldfield was awarded its royal charter during one of these visits.

After being purchased by the Webb family Moor Hall, the former home of Colonel Edward Ansell, was developed from a 17-bedroom gentleman’s residence into today’s multi award-winning establishment with 83 bedrooms, six conference rooms, two restaurants and a leisure centre and spa. It is one of five establishments within the Webb Hotel Group. The others are The George Hotel, Lichfield; The Gables, Falfield, South Gloucestershire; The Cathedral, Lichfield and the Red Lion, a village pub at Newborough, near Burton on Trent.

The International Time Capsule Society, which has been documenting projects since 1990, estimates that there are between 10,000 – 15,000 time capsules worldwide. The oldest one is the Samuel Adams and Paul Revere time capsule which was buried in Boston in 1795