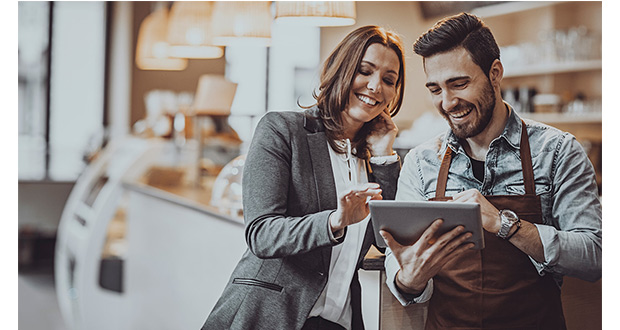 Following the Chancellor’s announcement that the National Living Wage (NLW) will increase to £10.50 by 2024 for all those aged 21 and above, the latest data from hospitality software provider Fourth reveals that current average hourly wages in the hospitality industry are on track to hit £10.60 over the next five years.

According to the data, hourly wages for workers in the hospitality industry have consistently outstripped the annual NLW legislative increases since its introduction in April 2016, with hourly wages growing annually by around 4%.

A significant point in Sajid Javid’s announcement, was the lowering of the age threshold for the £10.50 band from over 25 year olds, to those over 21 years of age. The statistics also reveal this will have little impact in the hospitality industry, which has experienced a steady erosion of the actual wage gap between these two age cohorts, which has remained around 2% for the past six months, currently sitting at £8.55 and £8.70, respectively.

This erosion can be attributed by a desire from companies to attract and retain the best talent in the industry, regardless of age; while an increasing number of companies have also introduced pay parity across their business for workers of all ages.

The statistics have been mined from Fourth Analytics data on the hourly pay of thousands of hospitality workers and represents the restaurant, QSR and pub sectors. The data also reveals that all age cohorts are currently earning higher than their respective bracket and the gap between the hourly wage of age brackets has shrunk further.

Mike Shipley, Analytics & Insight Solutions Director at Fourth said: “The actual average hourly wage in the industry has been consistently tracking ahead of the annual legislative increases, since its introduction in 2016, and if we continue at our current rate of inflation we are on track to meet the target figure of £10.50 for over 21s within five years.

“That said, we live in unpredictable political times, and more aggressive wage inflation policy from other parties, such as Labour who propose reaching the headline figure of £10.50 as early as 2020, would require a significant uplift in current wage levels, which would be untenable for many businesses.

“In the face of this aggressive period of wage inflation, and with the potential for accelerated increases on the horizon, it’s imperative that operators are looking at ways to offset costs through productivity programmes and smarter scheduling.”

While this latest spike in the National Living Wage is unlikely to drastically impact the sector, businesses will be more concerned about the potential impact of Brexit on the supply of labour. The statistics reveal the potential for further wage pressures on the horizon, with a reduction in the number of EU worker in the industry, which currently make up 46% of the industry workforce.

Since the start of the year, around half (49%) of workers leaving the industry are from the EU, whilst the proportion of EU workers starting work in the industry is down from 46% to 43%, making a variance of around 6 percentage points.

Analysing average wages by sector, the results show that workers in quick service restaurants, a sector with a high bias of EU workers, continue to command the highest hourly wage, at an average of £9.85, whilst the average wage of £8.75 in pubs is ahead of that paid to restaurant workers, which stands at £8.52.

The statistics show that EU workers’ average hourly wage, £8.70, is higher than that of workers from the UK (£8.19) but lower than those from the rest of the world (ROW), £8.98. These figures encompass the large numbers of EU and ROW workers currently employed in skilled back of house roles.