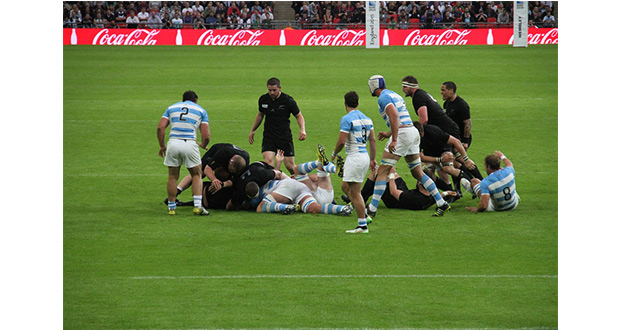 UKHospitality has called on the Government to relax licensing hours for pubs in England and Wales for the 2019 Rugby World Cup.

With the tournament being held in Japan, some fixtures featuring the home nations will kick-off before 11am, outside of normal licensable hours. Pubs will still be able to open, but most will not be able to serve a celebratory pint and will miss out on a huge opportunity to boost trade and provide a fantastic atmosphere for rugby fans.

UKHospitality has therefore called on the Government to relax hours for certain England, Scotland and Wales group games as well as relaxations for later knock-out games.

The Rt Hon Sir Vince Cable MP for Twickenham, the centre of rugby in England, has also written to the Home Office in support of the relaxation.

Sir Vince said: “Twickenham is the epicentre of English rugby and I hope the World Cup is a huge success for the team and that our pubs can play a part for those supporting back home.”

UKHospitality Chief Executive Kate Nicholls added: “With early kick-off times, the majority of pubs in England and Wales will face difficulties offering customers the full experience. This will be a huge opportunity missed for many pubs around the country. Times are currently challenging for businesses and the Government can give them, and rugby fans, a huge boost by granting an extension for this World Cup.

“Pubs can only apply for 15 exemptions in a year, so unless the Government grants the extensions for the World Cup, pubs will have to choose whether to gamble on applying for them for the tournament or saving them for the Christmas period. We want pubs and fans to be able to enjoy both.

“The Government has a great opportunity here to support the UK’s pubs, many of whom are struggling against rising costs in a tough environment. This is a once in a lifetime chance to support pubs and give rugby fans a chance to enjoy the tournament even more.”