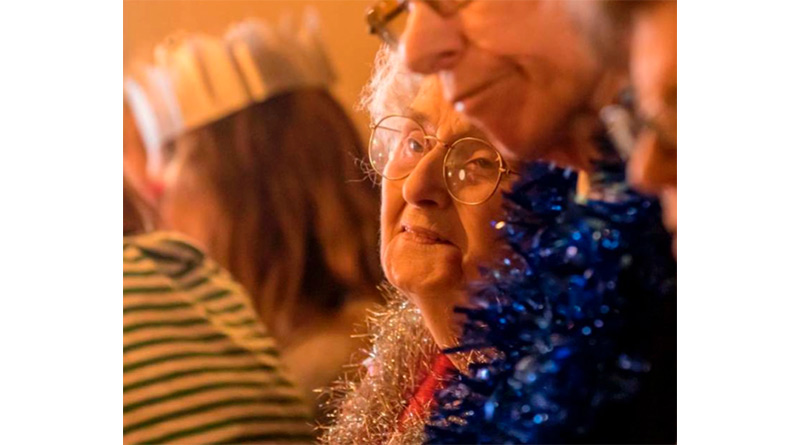 With the nation being locked down over the last four weeks, following almost a year of restrictions, regional and national lockdowns and tiers, people across the UK have been affected physically, economically and mentally due to the Covid-19 pandemic, with loneliness being a huge concern across communities. The usual places to meet, socialise and connect with people have been removed, and one of the key places for millions of Britons to do so in their ‘normal’ day to day life, is the Great British pub. In fact, as a result of the pandemic more than 300 pubs have been permanently closed*, and many more fear the same fate with on-going restrictions in place.

And with 86% of those surveyed saying when a pub closes the local community suffers, they have never been more important than these last 12 months.

To launch this year’s annual Brewing Good Cheer campaign which brings to life the unique role pubs play, HEINEKEN has teamed up with The Campaign to End Loneliness and Loughborough University to release the Open Arms report. This report reveals the important and positive role pubs play in communities up and down the country – providing people from all walks of life with a space to come together for social interaction and connection.

Given both the long history of pubs as social venues for people to come together and widespread concern about increasing levels of loneliness and social isolation in the UK, pubs are recognised to have a role to play in connecting individuals, groups and communities in beneficial ways. In fact, just over three quarters (76%) of respondents in the Open Arms report said they felt that the pub where they worked made a positive contribution to the local community and just over two third (64%) felt that their pub was one of the main places that people living in the local area can socialise. When asked whether they agree or strongly agree with the statement ‘when a pub closes the local community suffers’, an overwhelming 86% answered yes.

The report also reveals a conversation between regulars in a pub, or between a patron and a member of the pub staff team, can go a considerable way to alleviate feelings of loneliness even though it may last merely seconds or minutes. Older pub-goers in particular said the sociable and welcoming atmosphere of a pub gave them the chance to make friends and stay socially active.

Robin Hewings, Director Campaigns, Policy and Research at the Campaign to End Loneliness said: “Loneliness has been a growing concern in our society in recent years, but the pandemic has brought the issue of loneliness into sharp relief. We’ve seen both older and younger people affected by feelings of loneliness. ONS figures show that in 2020 more than 7.5 million people (30% of the UK population) said feelings of loneliness affected their well-being during lockdown. Pubs are places, which particularly for older people, offer a safe and sociable space to meet other people. Importantly, this report has recommendations for how pubs can be even more welcoming places, for example through more accessible design.

Dr Thomas Thurnell-Read, a Senior Lecturer at Loughborough University and writer of the report said: “The Open Arms report, commissioned by The Campaign to End Loneliness, in collaboration with HEINEKEN was guided by the belief that pubs can, and often do, have a social value beyond their economic role. Pubs can be really important settings for social activities beyond the home and the workplace, a place where people can feel a connection with others. The report reveals that for many, going to the local pub is an opportunity to get out of the house and have a conversation. Especially for older residents, meaningful social interactions like this can be infrequent, especially in retirement or after bereavement of a long-term partner leaves people socially isolated. This social contact, and the sense of connection and community it provides, has been under threat during the Covid-19 pandemic, and protecting the social role of pubs is now more important than ever.”

James Crampton, Corporate Affairs Director at HEINEKEN UK said: “This year has been incredibly tough for so many people. Loneliness and isolation have affected many across the country and our annual Brewing Good Cheer campaign is all about tackling that. To release this report as part of our activity to raise awareness of this critical issue is even more pertinent now. Of course we understand the need for restrictions to safeguard the wellbeing of the nation but this report recognises the important role that the Great British pub plays in communities and we don’t want to forget that. Pubs are hubs of communities in every village, town and city. They’re so much more than just a place to have a pint – they’re a place to be with each other, and as soon as is safe to do so, we cannot wait to welcome people back.”

The Open Arms report has been released as part of HEINEKEN’s Brewing Good Cheer campaign – a campaign that would usually see Christmas lunches being held for hundreds of people in pubs across the country. Instead, the UK’s leading pub, cider and beer business has been doing what it can to help support its pubs up and down the country and the communities connected to them. Thousands of pounds have been donated to 100 pubs across the UK and HEINEKEN colleagues across the UK have been virtually volunteering to help lonely, isolated or vulnerable people by calling them on the phone.

HEINEKEN teamed up with TV presenter and theatre star Denise Van Outen who visited a pub in Bexleyheath to find out just what they have done to help support their community over the past year. The video can be found here: https://www.youtube.com/watch?v=yrjfVynn1BY&feature=youtu.be

Through its Star Pubs & Bars business, HEINEKEN owns 2,500 pubs across the UK, and demonstrates that the Great British pub is often at the heart of communities and a place where people from all walks of life can come together.

A full copy of the Open Arms report can be read here: https://repository.lboro.ac.uk/articles/report/Open_arms_the_role_of_pubs_in_tackling_loneliness/13663715