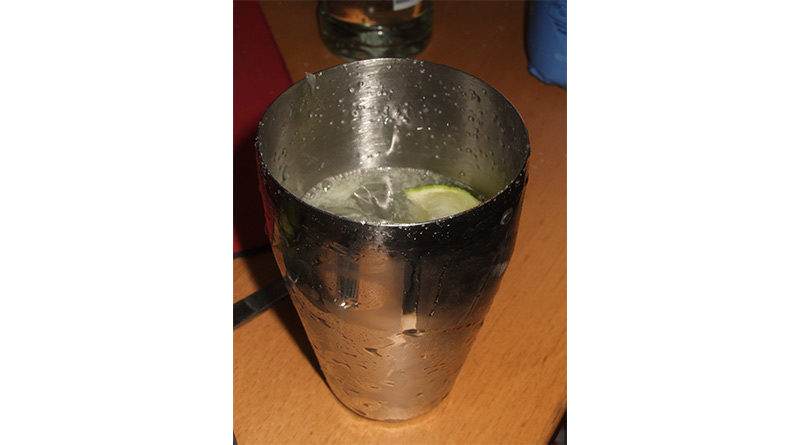 The UK chain, which has also locations in the U.S., the U.K., Singapore announced its “Mixed-ology” beverages through a promotional video on the company’s website.

“Don’t judge a drink by its color,” the restaurant wrote of its new drinks menu.

The cocktails, currently available at the restaurant’s location in London’s Soho neighbourhood, are completely colourless and feature simple, number-based names, avoiding they say, any association between certain drinks and gender stereotypes.

The chain conducted a social experiment where they kept traditional cocktail names like Cosmopolitan and Pina Colada at one restaurant, but made the drinks colourless and gave them numbered names at another location.

When drinks were named, Burger & Lobster staff found that 31 per cent of male customers were “put off choosing a particular cocktail” because they sounded too “feminine.”

Likewise, 11 per cent of female patrons were “too embarrassed” to order drinks like an Old Fashioned or Negroni because they were considered more “masculine.”

What’s more, an external survey commissioned by the chain found that 21 per cent of U.K. residents said they don’t feel comfortable drinking drinks that are considered more “suitable for the opposite gender.”

“Our new range features five signature cocktails, each of which is colourless in appearance in a bid to remove stereotypes surrounding drinks and allowing our customers to focus on what really matters when choosing a delicious drink: taste,” Burger & Lobster said in a statement.