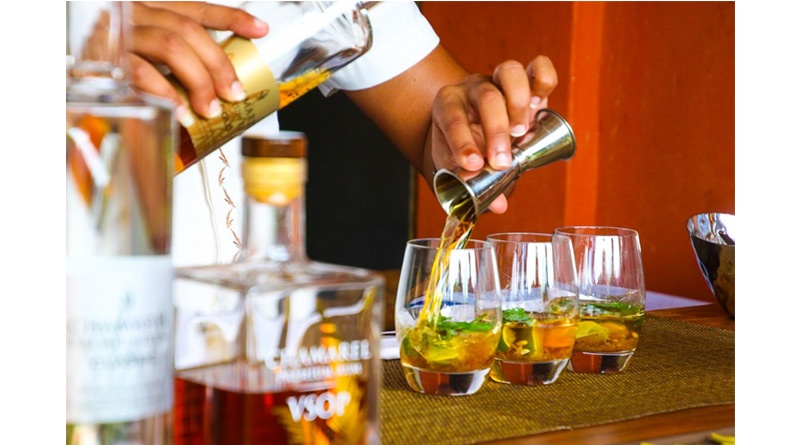 Rum sales growth is outpacing many other popular spirits, putting it in prime position to follow the remarkable surge in consumer interest in gin. Data from CGA’s exclusive On-Premise Measurement Tool shows that rum sales rose 7.0% year-on-year in 2019, putting it well ahead of other mainstream spirits including brandy (up 3.1%), whiskey (up 0.9%) and vodka (down 0.4%).

CGA’s BrandTrack survey suggests just over five million consumers now drink rum out-of-home—a figure that has jumped 10.0% year-on-year. The upward trend is being driven by the popularity of rum drunk in cocktails or with mixers, and by flavoured and spiced rums rather than dark, white or golden varieties.

Rum contributed to a spike in sales across the spirits category in 2019, with total value up by 6.2%, compared to a 0.6% drop for wine. Growth has been powered by gin, which has seen its on-trade sales more than triple in the last five years—but rum could now be positioned to follow its upward trajectory.

“These figures show how rum is an increasingly popular choice for consumers on spirit and cocktail menus,” said Phillip Montgomery, client director at CGA. “Sales have got a long way to go to match the stellar performance of gin, but its variety and versatility makes rum a major growth opportunity for operators and suppliers in 2020 and beyond.”

CGA’s research highlights the opportunity for premium rum brands in particular. Rum drinkers have an average of 4.6 brands in their repertoire—but since only 1.7 of these are premium brands, there is scope to increase consumers’ awareness of niche and craft rum varieties.

There are also opportunities to vary consumers’ attitudes to mixers. With four in five rum drinkers choosing to have it mixed with cola (51%) or diet cola (32%), there is relatively little awareness of the potential to drink it neat, or paired with juice, ginger ale or other alternatives.

CGA’s MATCH segmentation tool meanwhile shows that the spirit is starting to penetrate mainstream consumer groups as well as early adopters. BrandTrack meanwhile indicates that price influences two in five (40%) rum drinkers, making it the leading factor in choices ahead of the availability of a favourite brand (34%) and visibility on the bar (29%).

“Compared to some categories, rum consumers are fairly limited in the number of brands they use and the ways they drink it. If operators and suppliers can educate and inspire people about the potential of rum, we could well see more and more people trading up and experimenting,” said Phillip Montgomery.

But with many operators expanding their cocktail and mixer selections, it’s becoming a very competitive arena, and brands are going to have stay right on top of their ranging, pricing and serving strategies to generate drinkers’ loyalty.”