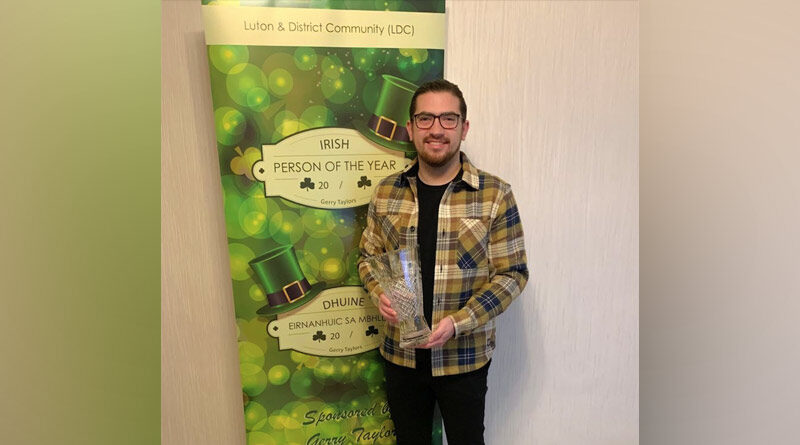 Luke Kitching, who is an accountant at Stonegate Group has been awarded Luton’s Irish Person of the Year award for his amazing volunteer work. The award was founded 25 years ago and recognises outstanding contributions made by individuals to the local community.

Volunteer work and giving back to those in the community is something Luke is very passionate about, and he has undertaken many activities which have led to him receiving this award. He is a Trustee of the charity, Luton Irish Forum, and sits on the Board of Trustees as well as holding the role of Treasurer. 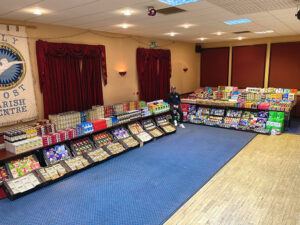 Another activity that Luke took on during the pandemic was starting an appeal in the first lockdown which delivered items of PPE to local care homes and carers. Then later into the pandemic he organised a Food Bank Appeal which collected 8,500 items of food which was then donated to the local food bank as well as 37 families in need.

It is not just the work during the pandemic which contributed to Luke receiving this award, he has taken on various fundraising projects over the years, raising over £18,500 to date for local charities and organisations. He has also been involved with making up care packages for the homeless during winter months and shoe box appeals to deliver presents to children at Christmas.

Luke’s selfless acts of kindness do not stop there, as he also volunteers with his local Gaelic football club, St Dympnas GFC. He sits on the committee and holds the roles of Public Relations Officer Club Treasurer and Assistant Manager of the Senior Team. As well as football, Luke is also involved in the Finbarr Conway Academy of Irish Dancing, which is a passion of his and sees him take part in their charitable work. 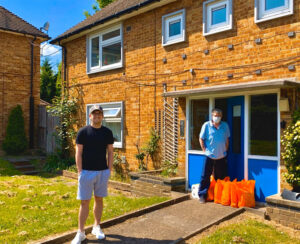 Luke said: “I feel incredibly honoured to have won this award and grateful to have been recognised by the local community. It was special to have been able to share the awards night with my family, especially my parents and grandparents who are very proud.

“I got into volunteering as I wanted to be able to make a difference. There is no better feeling or reward than knowing you have genuinely helped someone and had a positive impact on them, which is why I would encourage people to find a way in which they can volunteer. No one person has ever made it through life without some form of help from someone else, so you should always look to give back and support others where you can.”

The Luton Irish Person of the Year award is another award added to Luke’s collections as he has previously been awarded the Queens Award for Voluntary Service with the Luton Irish Forum, which is the highest award that can be given to local voluntary groups within the UK.

Dave Ross, Chief Finance Office for Stonegate Group, said:
“Huge congratulations to Luke on winning this award and for all of his amazing volunteering and fundraising activities. It is great to see someone go above and beyond for his community, which is something we are very passionate about at Stonegate. Luke is an outstanding example to all of us and he should be very proud of his efforts and this award. We are certainly proud of him at Stonegate.”