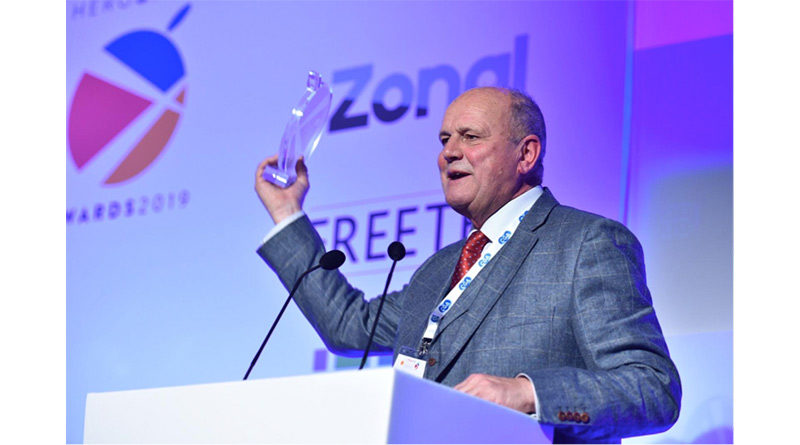 The CGA Peach Industry Icon is an accolade presented to individuals who have made a lasting and positive contribution to the pub, bar and restaurant sector over a period of time. They are outstanding leaders and role models who inspire, innovate and set the standard across the trade. Icon winners from the eating and drinking sector, our industry’s own Hall of Fame.

Ian was made a Member of the Order of the British Empire (MBE) last year, after working in the hospitality sector for 46 years. He founded Stonegate Pub Company, of which he is currently Chairman, in 2010.

Ian said: “I am deeply honoured and incredibly proud to have won this award. It is a fantastic surprise. I would like to thank all of the people who have helped me in so many ways over the years.”

The Industry Leader of the Year Award is the industry’s leading personality who has enjoyed a stellar year at the helm, leading their business to commercial success in 2019, as well as making an impact on the sector as a whole.

This honour comes after a year of awards for Simon. He was voted Business Leader of the Year at The Publican Awards 2019 and was chosen by The Sunday Times readers to feature in this year’s Maserati 100 list of the UK’s top entrepreneurs. He joined Stonegate Pub Company five years ago, following holding various senior positions in the industry.

Simon said: “I am absolutely delighted to be recognised in this way. I must thank my fantastic team at Stonegate, they are brilliant to work with and this award would not have been possible without them.”

CGA Vice President Peter Martin said: “Huge congratulations to both Ian and Simon. For the two leaders of Stonegate to both be rewarded in this way, is a fantastic achievement. A special thanks needs to go to both of them for their long-standing support and hard-work in the sector. It is only fitting that their contribution to be recognised and praised in this way.”