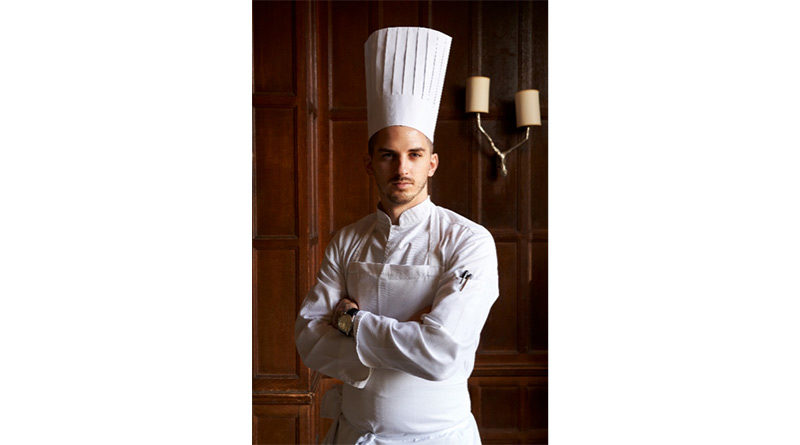 Charles Coulombeau, Head Chef at one Michelin star Gravetye Manor in Sussex, has been announced as the UK winner in the 53rd edition of the “Le Taittinger” International Culinary Prize.

Competitors submitted their detailed recipe creations with photographs and the story of their inspiration, which were all judged anonymously. Charles wins €2,400 and will now go forward to represent the UK at the International Final in Paris on 28th January 2020.

President of the UK National Competition, two Michelin star chef Michel Roux, comments, “The competition was extremely tough, and the new format of the competition has given the candidates new freedom to express their ideas and inspirations. This led to an even higher standard of entries demonstrating excellent technical skills and attention to detail. I look forward to seeing and tasting Charles’s dish in Paris where he will go head to head with the winners from the other national finals.”

This year, the competition takes a new format with the contest celebrating a “hero” ingredient, which chefs will use at the heart of a signature dish.

This year’s hero ingredient is king scallops, with the gauntlet being thrown down for chefs to use their creativity and flair to design a dish that is both delicious to eat and visually spectacular.  Competitors will draw inspiration from all the influences of culture, country, heritage and style of cuisine before adding their own personal touch.

Charles’s winning creation remains under wraps until the International Final in Paris where he will prepare this along with a set recipe revealed the day before.

At the International Final on 28th January, Charles will compete with the winners of the other national competitions in Belgium, France, Germany, Japan, the Netherlands, Sweden and Switzerland. On the day before the final, all of the national winners will spend the day in Champagne at Taittinger to fuel their creativity.

The contest, which is known as the “Everest of Gastronomy”, has been running since 1953 and has crowned champions including Joel Robuchon, Bernard Leprince and Michel Roth. The winner of the International Final will receive €20,000 and a medal, with the runner-up getting €5,000 and €2,500 being awarded to the chef in third place.