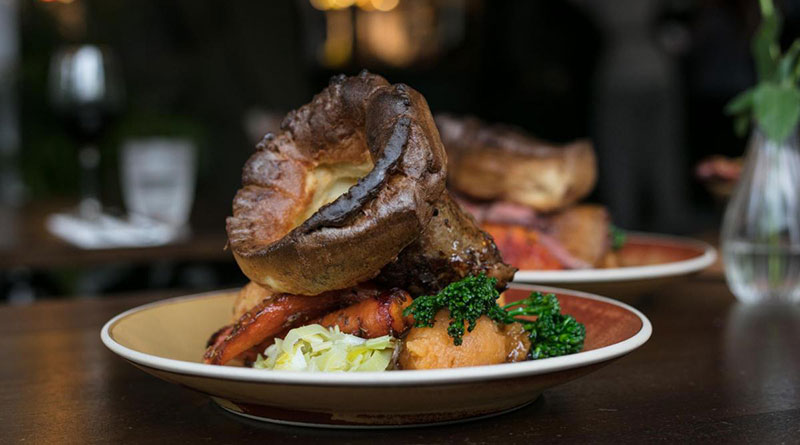 The competition aims to recognise the very best roast dinners served out of home and to honour the professional chefs who work hard to craft them. Winners were chosen by a panel of judges including the 2019 National Chef of the Year, Kuba Winkowski, who hosted the final round of judging at Kubarn, his charcuterie business in the Cotswolds. Finalists were scored based on quality, service, cleanliness, value for money, presentation – and, of course, taste.

The Cleveland Arms, which is owned and run by Sarah and Jamie Davies, pride themselves on their homemade roast dinner and exceptional service. Head chef Danny Frape uses organic, locally sourced meats including beef, lamb, chicken and pork belly. All roasts are served with a thick, luscious gravy, light – yet enormous – Yorkshire puddings, seasonal vegetables and roast potatoes.

Clean Bean, which is a 100% gluten-free restaurant owned and run by Linda and Paul Barron, won the vegetarian/vegan category with their “cleaned up” take on the traditional Sunday roast. Their mushroom nut roast stack is made with mushrooms and chickpeas and is served with a stuffing made from quinoa.

Kate Drew, senior marketing manager for Knorr Professional, said: “This year the competition saw an exceptional standard of entries from establishments across the UK. Winning this award is truly an incredible achievement and a testament to the work that the teams at the Cleveland Arms and Clean Bean have clearly put into serving a simply excellent roast dinner.

Winkowski said: “It was a real honour to be asked to judge this year’s competition and hugely motivating to see such a high standard of entries from across the UK. Great Britain truly does have one of the best culinary landscapes in the world, no matter what type of cuisine you’re looking for. For me, judging this competition has only served to cement this viewpoint – and you can’t get more British than the humble roast dinner!”

Drew added: “We were extremely excited to take our Great British Roast competition to a new level this year, with the introduction of the vegetarian/vegan category. It’s important that the competition reflects the consumer landscape, and with four times the number of vegans in the UK now than five years ago, it made sense that we should recognise the chefs that are working to meet this shift in demand.”

As well as the prestigious title of Britain’s Best Roast 2019, the Cleveland Arms and Clean Bean will each receive a prize package including a £3,000 kitchen equipment voucher, UFS Chef Rewards points and branded chef jackets.

The People’s Favourite, a third category based on public nominations, was awarded to the Three Horseshoes in Blyth, Northumberland, which received a prize package of a £1,000 kitchen equipment voucher, branded chef jackets and Amazon vouchers for the front of house team.