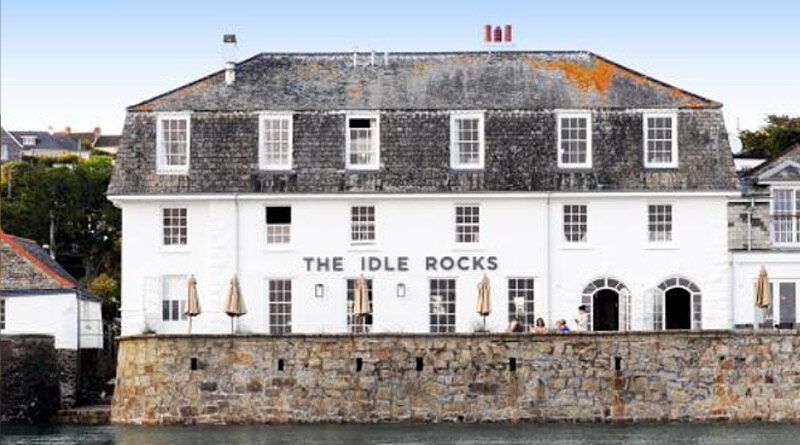 The Idle Rocks, the luxury hotel situated harbourside in the idyllic Cornish town of St Mawes, is delighted to have been awarded two Gold Awards at the 2021/22 Cornwall Tourism Awards; ‘Restaurant of the Year’ and ‘Small Hotel of the Year’.

The online event saw 66 awards presented in 22 categories and was the culmination of a nine-month process that started in May 2021, with entrants judged on a combination of entry submissions, digital presence, and visits from independent judges. The 20th year of the competition was run in what proved to be another tumultuous year for tourism, focusing on excellence, innovation and resilience as relevant as ever.

“After two very challenging years, it is very exciting and also gratifying to see the dedication of the finalists to drive up quality, despite there being a pandemic with all its twists and turns to cope with – a very big well done to all of you”, said Malcolm Bell, Head of VisitCornwall.

“We are delighted to have been awarded best ‘Restaurant of the Year’ and ‘Small Hotel of the Year’ in this year’s Cornwall Tourism Awards. After bouncing back from what has been an exceptionally difficult couple of years for so many in the hospitality industry, this confirms the passion and efforts our dedicated team has always delivered. Without them, such awards would not have been possible” said Karen Richards, Owner & Designer of The Idle Rocks.

“When my husband David and I bought the building in 2010, our aim was to create a young, fresh, and relaxing hotel. We wanted to make it a home from home, eliminating formalities and, in this way, differentiate ourselves from our more traditional competitors. To be able to veer away from the ‘norm’ and to have the hard work and passion of everyone involved recognised is an honour, and we always look forward to welcoming new guests as well as returning guests back to the hotel”, she added.

This accolade is also not the first to grace The Idle Rocks, having previously won several other awards, including Best Hotel in 2021 in the Trencherman’s Guide Awards, Best Restaurant (Trencherman’s Awards 2018), British Seafood Restaurant of the year (2018) and Best Dine & Stay Experience (2019).