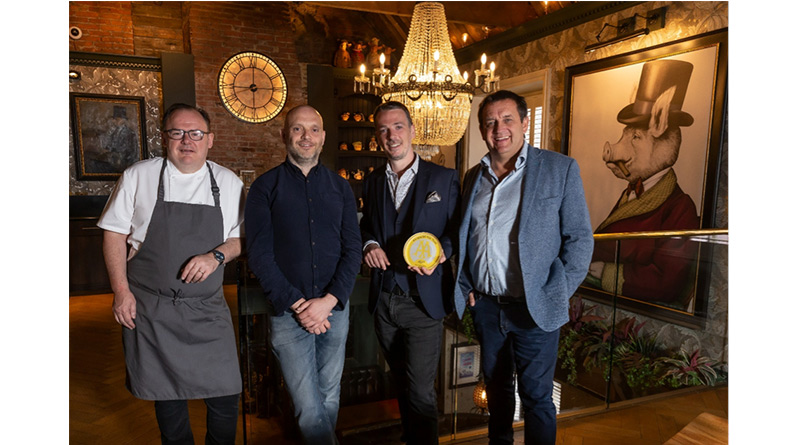 ONE of County Durham’s most unique venues is celebrating more than just its birthday, after scooping a top hospitality honour.

The Impeccable Pig, at Sedgefield – which yesterday (26 September) marked three years since it first opened – is known for its eclectic décor and luxury accommodation, with rooms featuring hot tubs and an outdoor sauna.

And the site’s efforts have not gone unnoticed by leading hospitality standards agency, AA – which celebrates the very best in guest accommodation – with the venue taking home the title of AA Inn of the Year 2021 at this year’s AA Bed and Breakfast Awards.

This is the first time a venue in the North East has received the accolade and Pierre Bertolotti, general manager at The Impeccable Pig, is delighted to have been recognised with the prestigious award.

“It’s fantastic to be named AA Inn of the Year 2021, especially at a time which has been such a challenge for all those in the industry,” he said.

“Everyone at the venue prides themselves on going above and beyond to provide the best possible guest experience, so it’s brilliant to have our efforts validated by such an esteemed organisation.”

“This inn is full of character and has so much to commend it, including the subtly themed rooms, all of which feature a freestanding copper and nickel bath.

“The AA Rosette quality food features pub classics that allow the kitchen team to showcase their skills and the hospitality offered across the inn excels in every respect.”