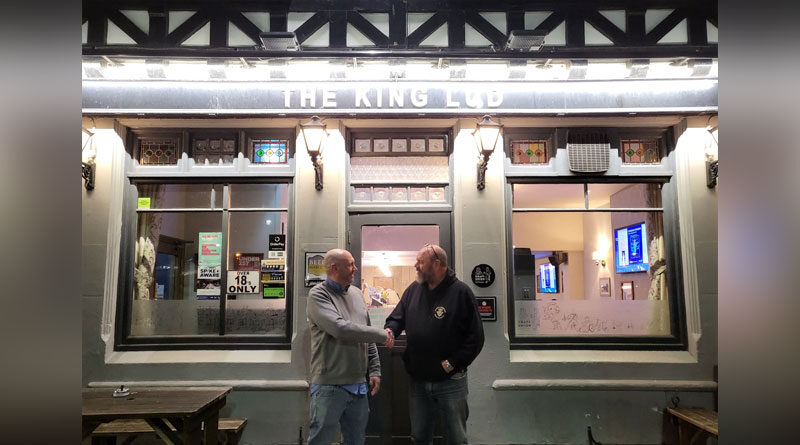 The King Lud, Isle of Wight has raised £600 for The Veterans Hub Isle of Wight Community Interest Company, supporting veterans who may be homeless and find themselves sleeping on the street.

The pub raised this money through a sponsored rough sleep. On the night, the operator of the pub, Ben Reid was joined by a former veteran and another local man who had been sleeping rough in the past and believed in the cause, and they slept outside. The three men laid cardboard down on the pavement in front of the pub at 11pm and slept there until 7am. During the night, they were subjected to heavy rain and other elements.

The funds raised were presented to Dale Hillier, CEO and Founding Director of the local Veterans Hub.

Ben Reid, the operator of the King Lud, said: 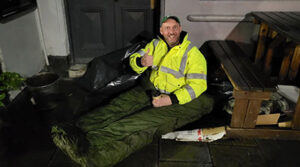 “I am very proud of this fundraiser, as this is a matter that needs to be addressed more. I am humbled that we managed to raise that amount of money for our local Veterans hub. I am very thankful to all those who believe in this cause and to the people who joined me on this sponsored rough sleep. We had the chance to experience how touch sleeping outside is for those people, especially when it’s raining and there is water everywhere.”

The pub is planning to have another rough sleep at the end of this year to continue its fundraising for this important cause.