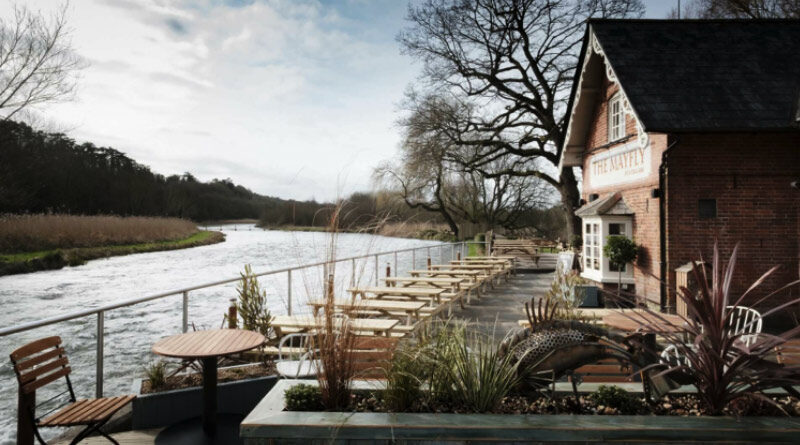 Fuller, Smith & Turner, has announced The Mayfly in Stockbridge is the 2022 winner of its annual Pub of the Year competition – the Griffin Trophy. The Griffin Trophy is open to all Fuller’s 208 Managed Pubs and Hotels and 178 Tenanted Inns – with the winner receiving a £5,000 holiday voucher, a staff party to celebrate with their team, and the coveted Griffin Trophy itself.

Michael Turner, Fuller’s Chairman, said:
“This is a well-deserved triumph. Darren and his team are truly an asset to Fuller’s. The customer service we received was impeccable, friendly, welcoming and attentive. It was a delight to watch the team as they provided such great service to all the customers.

“While The Mayfly’s outdoor space is stunning – set by a weir on the River Test – this is a pub that can be enjoyed in all seasons. The extensive refurbishment in 2020 created a modern but warm indoor setting – with two fireplaces and plenty of tables overlooking the river and surrounding wildlife. There is no doubt, The Mayfly offers plenty of country charm.”

Darren Felvus, General Manager of The Mayfly, said:
“I am over the moon to have won this year’s Griffin Trophy. Last year, we were the category winner and my team and I were determined to do even better this year. I’m really proud of the team – they are all hard workers so it’s great to see this pay off. They are all going to be really excited about this award. I’ll have to find the best spot in the pub to proudly display the Griffin Trophy for the next 12 months.”