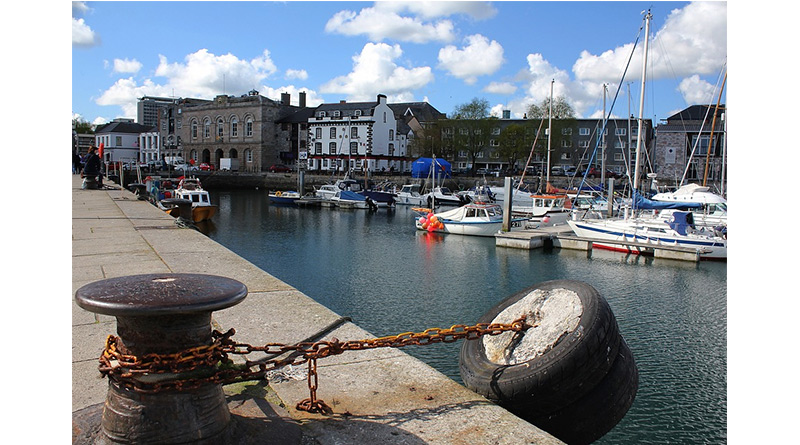 Following a rigorous selection process, The Three Crowns, on The Parade in Plymouth, has reached the final six in the Stonegate Pub Partners Pub of the Year category of the Great British Pub Awards (GBPAs). Seeing off hundreds of other entries, the pub’s evolving business operation in the most challenging of circumstances formed a large part of the pub’s success.

The Great British Pub Awards recognise, reward and celebrate the fantastic work pubs do for our country and their communities, the established industry awards is widely considered to be the Oscars of the British Pub Industry.

The Three Crowns has been transformed into a ‘boutique B&B’ in recent years by publicans, John and Tracey Allen, and now offers à la carte dining along with a fabulous cocktail bar. It offers a relaxed garden with the capacity to seat 40 people in its suntrap courtyard or watch live sports on the 60-inch weatherproof TV.

Tracey said “We are absolutely delighted to be in the finals of the Great British Pub Awards! The Three Crowns has completely transformed, both aesthetically and in reputation over the last few years, so it is particularly amazing to have that recognised in such a way. I’m so proud of my team and everything we’ve achieved over the last 18-months.”

Simon Longbottom, CEO of Stonegate Group, said: “The entirety of the Stonegate Group is behind John and Tracey and their team. We are incredibly proud of the ingenuity they have shown in the face of adversity and their contribution to the success of the Three Crowns, as both a pub and as a business. On behalf of myself and the entire business, we wish them every success in the finals.”