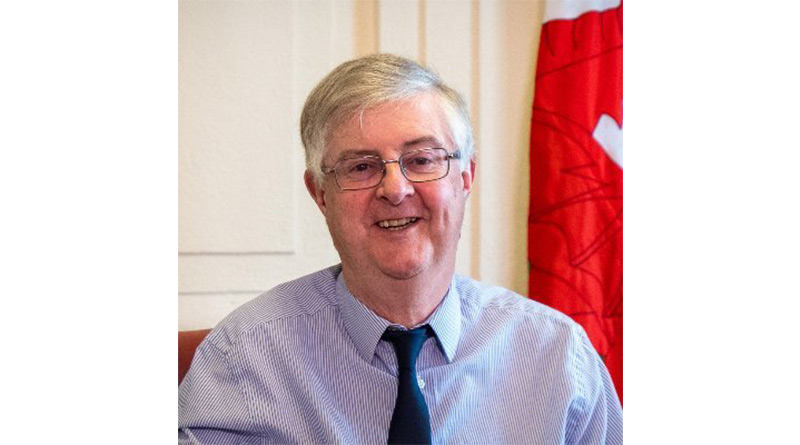 Wales first Minister Mark Drakeford has been banned from pubs in West Conway, and will be refused entry into their pubs for at least 18 months, threating him with removal by the police if he were to ignore their rule.

Earlier this week the first Minister announced that from Friday December 4 Welsh pubs and restaurants will be banned from serving alcohol and will be unable to open to customers after 6pm.

In a letter addressed to the First Minister, posted on social media, the West Conwy Pub Watch said he has been banned for “anti-social behaviour”.

The letter posted on social media says: “All licensees have a legal duty under the Licensing Act of 2003 to ensure that disorderly, argumentative, violent behaviour and antisocial behaviour does not occur on or around their premises and to prevent the occurrence of criminal offences.

“As a result of your behaviour on November 30, 2020 at the Senedd Cymru your actions class as antisocial behaviour for the damage caused to our members premises.

“The licensees of the West Conwy Pubwatch have jointly decided that in order to discharge their duty as referred to above they are exercising their right not allow you entry to their premises, which are listed on our website at www.westconwypubwatch.co.uk

Despite the Welsh government stating that they wanted to consult the hospitality and on trade sector they have been criticised for lack of communication regarding the current restrictions, Sam Evans, Carlsberg Marston’s Regional Sales Director for Granada and North Wales, wrote to the First Minister after Mr Drakeford said he wanted to consult with the industry over the weekend.

Mr Evans today that he is yet to be contacted by the First Minister or Welsh Government officials but remains open to discuss matters with them.

He says he is “deeply concerned that all of Wales is being placed under further restrictions, especially in North Wales, given the numbers and statistics show good progress against this awful virus.

He added: “Hospitality industry leaders understand action is needed but why given the evidence of such low transition rates in hospitality are we again having to bear the brunt of restrictions.

“Is the whole Wales approach just a lack of understanding of the data on hand or an easy way out?

“So here I am, a senior manager from a major UK brewer, a resident of North Wales, a Welshman and freely available to consult with.”