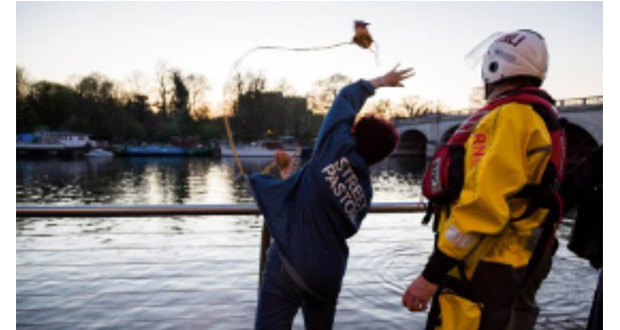 Staff at pubs, clubs and restaurants close to the city centre river in York are being given rescue and life-saving training.

Riverside venues in York were picked for the life-saving scheme after five people died in the river in six months and three others needed to be rescued.

Now the staff will be shown how to use a “throw bag” – a floating safety line – to rescue people who have jumped or fallen into the water.

Training is being run by the RNLI, fire and rescue and the York Rescue Boat.

Staff are also to be given training on the dangers cold water poses to people entering the river and how to deal with people in distress.

The throw bags are to be offered to the venues along the River Ouse.

There were several deaths in the river earlier this year and Dave Horn, of York Rescue Boat, said measures had been introduced to improve river safety.

These included ladders to help people get out of the water and chains on the river bank that people can grab if they fall in.

Nick Ayers, of the Royal National Lifeboat Institute (RNLI), said: Research shows that a significant proportion of drownings involve people visiting pubs and bars near water and then getting into distress.

It could be someone taking a seemingly innocent swim and suffering cold water shock, or it could be through an accident where someone never intended to be in the water.

Staff at these venues will be our advocates on the waterside.

They are the ones most likely to be there at times where risk is most prevalent. The idea behind training staff or volunteers at pubs bars and restaurants is they will be able to encourage good behaviours in that environment by giving the public knowledge and advice, and they will ultimately know what to do if someone did enter the water.

Bob Hoskins, of North Yorkshire Fire & Rescue, said: “The issue is not limited to the warm summer months with incidents occurring all year round which highlights the need for a scheme such as this.”