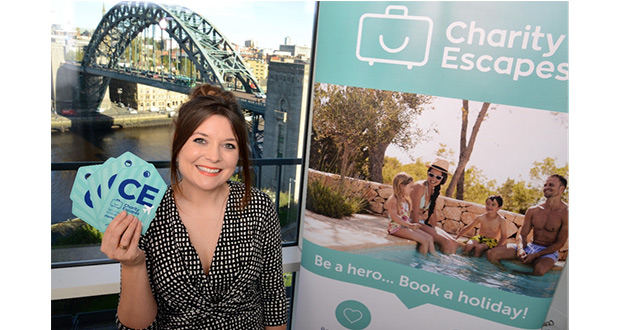 More than 130 hotel businesses across the UK and Europe have signed up to work with Charity Escapes since it launched in Autumn 2017, raising more than £250,000 for charities and boosting their marketing and brand profile through prize donations.

The not for profit organisation has developed a simple and free-to-use service for holiday operators and hotels, which enables them to benefit from targeted marketing campaigns as well as helping to raise money for charity. These campaigns are delivered through charity partnerships and their networks enabling prize donors to reach thousands of potential new customers.

A hotel wishing to support a range of good causes simply donates a small number of off-peak room nights or F&B packages which can be used as auction or raffle prizes in charity fundraising events. Charity Escapes manages the whole process, making sure the hotel benefits from its kind donation. This is done by marketing the hotel through the charity’s supporter network at no cost to the hotel

Since its launch Charity Escapes has:

The Nobu Ibiza Bay donated 17, three night off peak breaks to Charity Escapes, which raised more than £35,000 for 17 different registered charities.  These donations not only raised a significant amount for good causes, but Charity Escapes made sure that hotel was marketed through to each of the 17 charity’s support network. This meant that pictures and information about the Nobu Ibiza Bay was seen by more than 500,000 potential new customers.

Nuno Dias, the hotel’s director of sales and marketing, said: “We are delighted with the results achieved for The Nobu Ibiza Bay and its fantastic to have helped such a wide variety of worthwhile causes. Charity Escapes made the whole process very easy and we look forward to working with them again”

Charity Escapes Manager, Carly Sells, said: “Our ambition is to be the charity partner for the hotel and holiday sector, working together to help raise millions of pounds for good causes across the UK and beyond.

“These figures demonstrate that we are achieving this and making it far easier for hotels and other businesses to manage their charitable support”.