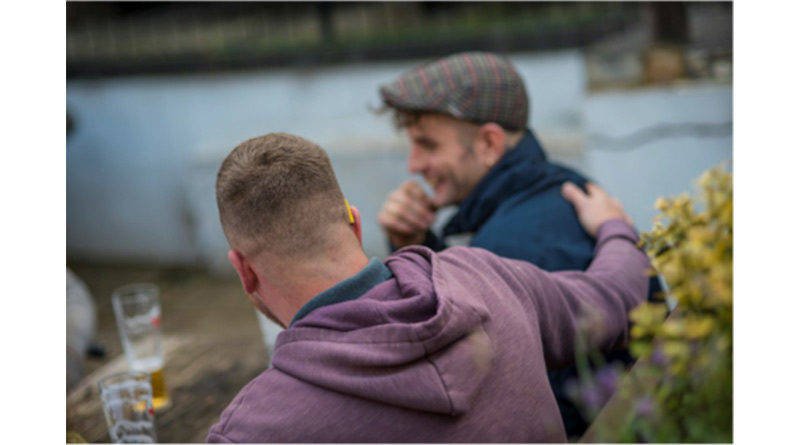 Millions of people would like to go to the pub more – but don’t have anyone to go with, reflecting the scale of loneliness in Britain, according to new research.

Nearly two-thirds (63 per cent) of those surveyed admitted that they feel lonely at some point in their lives, with 39 percent wishing someone would ask them to go out more often.

And one in five regularly feel lonely on a Friday night – the time they’d most like someone to ring them up with a pub invitation.

The research, commissioned by Greene King to launch its ‘No One Alone’ initiative which will help tackle loneliness in local communities. It also revealed that almost half of Brits (48 per cent) believe it’s harder to find people to spend time with as you grow older.

One in three think it’s because they’re always too tired to make the effort, and 39 per cent struggle to align their schedules with others. A further 30 per cent feel that they have too much work to make the time to spend with peers.

The study also found the average age Brits are when they stop having people to visit the pub with regularly – just 32, demonstrating it’s an issue across all age groups.

Surprisingly, 15 per cent of people said they would be happy to buy drinks in the pub all night for someone, just to have some company.

Nick Mackenzie, CEO at Greene King, said: “Our research shows that loneliness can impact not just one age, gender or life circumstance, but a wide range of people all over the UK, and it’s surprising to see just how many adults wished they could spend more time socialising and interacting with others.

“Our pubs are in the heart of communities across the country and can play a vital role in helping to tackle social isolation, becoming a hub for anyone struggling with loneliness or belonging. Many of them already host events and work with community groups to bring people together in the pub and our new No One Alone initiative will provide more opportunities for individuals to come to our pubs to connect with others, build relationships and gain a sense of inclusion within their communities. We hope that this will help tackle the problem of loneliness and we are keen to work with others as we develop this new initiative.”

Greene King has also partnered with MeetUpMondays, an initiative created to help address loneliness and isolation, to deliver free, weekly get-togethers at Greene King pubs across the UK. The pub company will also be offering a community table on Christmas Day at its pubs where possible, offering free meeting space for community groups throughout the year and events including No One Alone quiz nights, social nights and Loose End Lunches depending on the needs of individual communities.

Ann Osborn, CEO of MeetUpMondays, said: “We’re excited to be starting what we hope will be a long-term partnership with Greene King and its network of pubs, which are often the heart of a local community. We can’t wait to see Greene King pubs start to offer #MeetupMondays throughout the UK, creating warm, welcoming spaces for local residents who feel a bit lonely to meet and make new friends.”

The Broadwater pub in Worthing hosts MeetUpMondays group events and now has over 25 regular attendees after only a year since launching. Diane Guest, the general manager, said: “I do it because I care. For some of the group, we are the only people that they may have a conversation with in a week. It has a really positive effect on people’s lives, but it also makes the pub the centre of the community – which I believe is where we should be.”