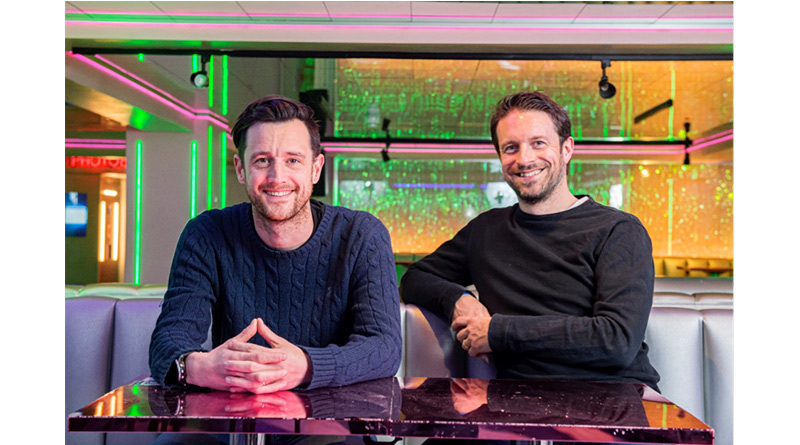 The Adventure Bar Group, the experiential cocktail bar company behind the likes of Tonight Josephine, Blame Gloria and The Escapologist, is accelerating its growth plans by unveiling new landmark venues in Birmingham, stepping beyond its London heartland for the first time.

The group, led by founders Thomas Kidd and Tobias Jackson, will debut the first of two new sites today (12 April) with the launch of an outdoor bar and dining concept called Luna Springs, in Digbeth, in Britain’s so-called ‘second city’. This will be followed in May by a second site, when Tonight Josephine makes its long-awaited debut in the city centre.

Commenting on the expansion, Thomas Kidd, co-founder and CEO of Adventure Bar Group, said: “We’re delighted to be opening these two new sites in Birmingham. It’s a brilliant, vibrant city and we have some really exciting plans for both of these venues, which are going to be all about fantastic drinks, great food, amazing shared experiences, and some much-needed fun and good times.”

Luna Springs, opening today (12 April), is set to be the city’s largest outdoor bar and entertainment space, with a phased opening plan that will see the venue expand its capacity – with more bars and eating brands added – over the coming months. While it will launch with a capacity of 400 guests, in time the group expects to be able to accommodate up to 1,500 people at the venue.

The Luna Springs food line-up at launch will include The English Indian, Handmade Pizza, Happy Patty Burgers and, from the end of April, Mother Clucker.

Meanwhile, the expansion of Adventure Bar Group’s vibrant cocktail bar brand Tonight Josephine will see a 350-capacity venue open in the heart of the city centre, on Stephenson Street, next to Grand Central station. It will be the group’s second standalone Tonight Josephine, alongside the first at London’s Waterloo. The venue was acquired last year and developed in time for a November launch, which was then shelved to fall in-line with trading restrictions as a result of the pandemic. It will launch on 17 May, as bars and restaurants are able to resume indoor trading, with the easing of Covid-19 restrictions.

Tobias Jackson, co-founder of The Adventure Bar Group, said: “We’ve been looking to expand our presence outside of London for some time and these two venues feel like the perfect next step for our business. Tonight Josephine is a unique concept and we’re really excited to be bringing it somewhere new and think it’s a concept we can share with lots more people in key cities across the UK.

“As a business, we’re always keen to push ourselves and develop new things, which is why we’re so excited about Luna Springs and the opportunity it presents to us. We’ve got some grand plans to make the most of the space, including an outdoor cinema and a stage to host live music and mini festivals. It’s been far too long since people were able to really let their hair down and we’re hoping that, as restrictions ease and the vaccine rollout continues, we’ll be able to play a key part in bringing the fun and enjoyment back into people’s lives.”