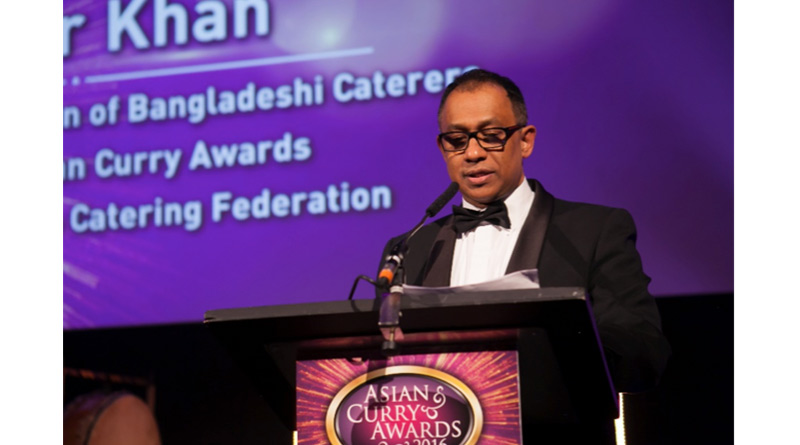 Winners of the prestigious Asian Restaurant Awards were revealed at a glittering awards ceremony at the Manchester Mercure Piccadilly, on Tuesday 31st August, hosted by BBC news anchor Samantha Simmonds.

Rajesh Suri, owner of Grand Trunk Road, who led Tamarind to the first Indian restaurant in the UK to a Michelin Star, won Best Asian Restaurant.

Xiang Yang Liu chef at Panda Mami, with branches in Chester, York and Manchester, was awarded for the Best Asian Fusion Buffet

There were also special prizes for Shabit Hussain of the Akbar Group (Curry King), a Lifetime Achievement Award for the for the Aagrah Group’s Mohammed Aslam, and Community Hero Awards for  Mohamed Shajad Khan of Blue Tiffin in Oldham.

The full list of regional awards winners can be viewed at www.asianrestaurantawards.org

Addressing the Asian Catering Federation’s (ACF) first awards ceremony with a live audience since 2019, its Chairman Yawar Khan, acknowledged the Asian hospitality sector’s resilience, innovation and generosity in the face of a global pandemic.

He warned that despite the general reopening since lockdown, that restaurants face more adversity in the form of rising prices and worsening staff shortages.

“Compete on quality not price and train and reward your loyal, hardworking staff well – because if you don’t, someone else will,” said Khan.

The evening was attended by 500 leading restaurateurs, chefs, food writers and VIP guests.

On 20th September, the ACF will also be hosting the Asian Restaurant Awards 2021 for Scotland, at the Sheraton Grand Hotel in Edinburgh.

Like their sister accolades the Asian Curry Awards which will take place in London on 21st November, the Asian Restaurant Awards are national.  The Manchester location was chosen to make the event more accessible to venues outside London and the south east.  Avoiding the term ‘curry’ means the awards reflects the rich diversity among many of the world’s great cuisines.