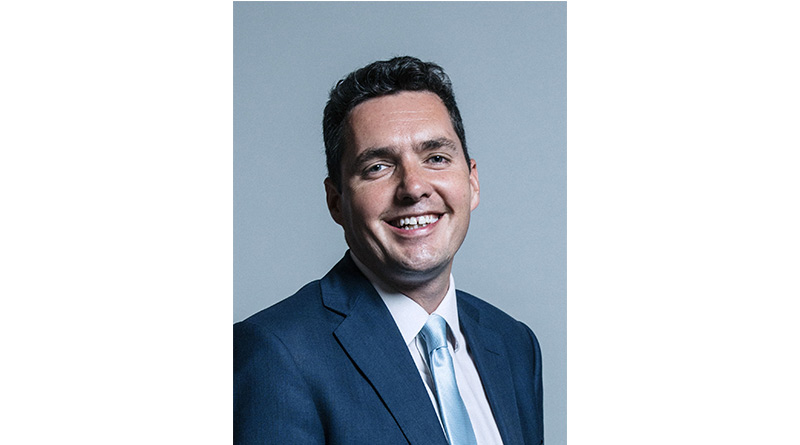 A 14-day quarantine in the UK international arrivals has been described as “the wrong policy at the worst possible time” with “huge numbers of jobs at risk”.

Huw Merriman MP asked the Chancellor an urgent question on the economic impact of Covid-19 on the aviation sector.

As a result of the coronavirus pandemic, air traffic has fallen dramatically, with thousands of jobs at risk. There are reports that carriers such as British Airways and EasyJet are to make thousands of employees redundant and outsource large numbers of jobs.

The Government also plans to enforce a 14-day quarantine for all incoming passengers (starting on 8 June).

Huw Merriman MP asked the Chancellor for a statement on the economic impact of this on the aviation industry.

Responding on behalf of the Chancellor, The Parliamentary Under-Secretary of State for Transport Kelly Tolhurst told the House that the Chancellor had responded to the pandemic with an “unprecedented package of measures” for the sector.

Ms Tolhurst said that the Chancellor wrote to the aviation industry to detail aid “including the deferral of VAT payments, the covid commercial finance facility and the coronavirus job retention scheme”, and added that the Civil Aviation Authority (CAA) was working with airlines and airports to provide “flexibility” within these schemes.

The Minister said that the redundancies announced by EasyJet and British Airlines are “commercial decisions” that will be “distressing news” for those involved. She said that the Department for Work and Pensions were available to “help employees identify and access” support.

She also explained that the Department for Transport have established an “aviation restart and recovery expert steering group” to address the issues facing the sector.

“With airports, airlines and other parts of the aviation sector, we are putting in place the building blocks for recovery.”

Responding to the Minister, Huw Merriman said that although layoffs were “inevitable”, he was concerned that some companies were using coronavirus as “justification to slash jobs and employment terms”. Mr Merriman highlighted British Airways, who have made 42,000 people redundant only to outsource 30,000 jobs on “inferior terms”. He called this “ethically outrageous”.

The MP asked the Government to “stop unscrupulous employers using the pandemic as a chance to slash terms and conditions”, and wondered if the Department for Transport could advise the CAA to reallocate landing slots away from companies who are downsizing and instead give them to carriers who are recruiting staff.

He also asked if the Government would amend the job retention scheme “to stop employers using it while simultaneously putting employees on redundancy notice”.

Mr Merriman called the quarantine policy the “wrong policy at the worst possible time” for the sector, and called for a review, as well as suggesting “bringing in air bridges from safer destinations, and developing an immediate exit strategy”.

“The situation is grave, but there is still time to save the aviation sector with further Government support and action.”