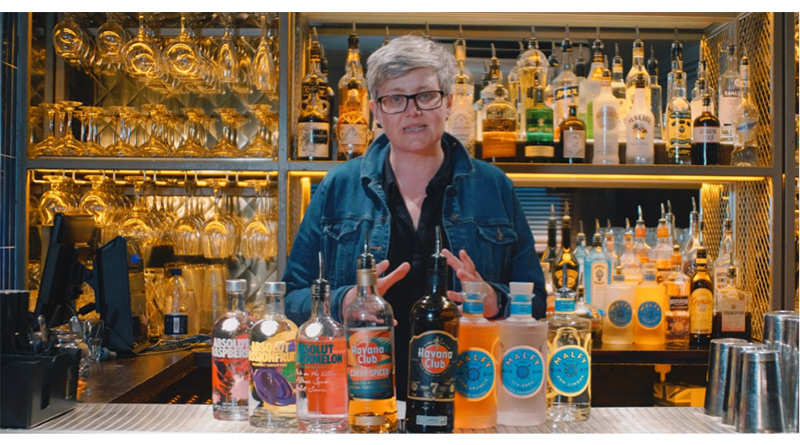 As its cocktail bars across the country reopen, Be At One has announced the winners of its cocktail competition, Shake Off Showdown, after a final that took place in Be At One, Liverpool Street. The renowned cocktail bar teamed up with Pernod Ricard to run the exclusive competition which saw 80 bartenders enter from 30 venues from across England.

Winners were announced for both first and second place, as well as a third nod to showmanship, with all being awarded prizes. The Grand Prize of £1000 and a £1500 commitment for a team building party was taken home by Eric Brscic of Be At One in Brighton for his cocktail ‘Pantera Rosa’. Kyle Swaddling, of Be At One in Reading, and Ines Benkhelitia, of Be At One in Greek Street, took home prizes of £250 for Second Place and the Showmanship Prize, for their cocktails Havana Good Time and Vitamin Sea, respectively. Customers will be able to sample all three winners’ cocktails after the next seasonal cocktail menu refresh.

Ahead of the final, a panel from Pernod Ricard whittled 80 original cocktail entries down to 15 finalists, which were showcased to three judges on the day. Sarah Miller, Operations Director at Stonegate Group, Adam Friend, from Stonegate’s Drinks Development Team, and Chris Ireland, Customer Business Controller at Pernod Ricard, deliberated over each cocktail, prepared by Jess Smits Be At One Bartender of the Year for 2019, as well as a video entry from each participant.

Each submission had to adhere to Be At One’s strict guest service parameters, taking less than 60 seconds to create, ensuring speed of service, be served in the bar’s premium glassware, and contain the brand’s carefully curated selection of spirits and mixers.

Sarah Miller, Operations Director at Stonegate Group, said: “We were so pleased to see such an extraordinary turn out of entries for our Shake Off Showdown competition. Despite being furloughed for a significant part of the last year, our teams showed an energy and creativity in their entries that reminded me of what it is to be a mixologist at one of our Be At One bars.

“I’m delighted that so many of our bars opened now and the fantastic people behind the bars at Be At One can get back to doing what they do best. It takes an incredible amount of learning and skill to finesse the art of being one of our mixologists and to see the gang back in action, and putting that knowledge into practise, is just wonderful!”

After the success of the first Shake Off Showdown, the competition is due to become a regular part of the annual Be At One calendar, encouraging bartenders to take an active role in helping to cultivate the guest offer.