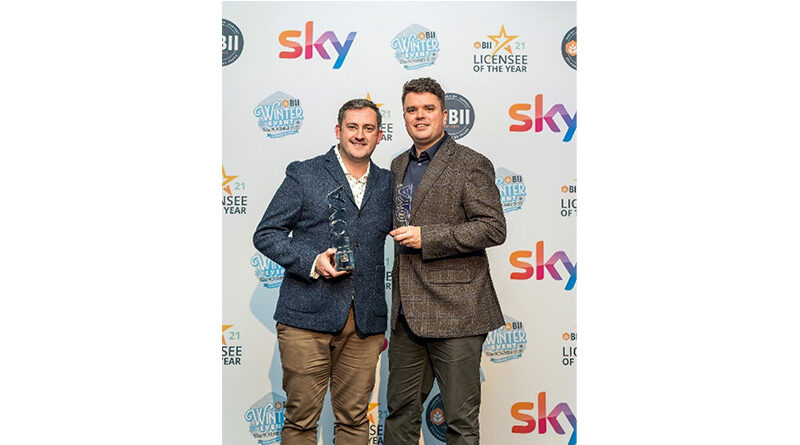 The BII Licensee of the Year competition has crowned its winner!

The competition is widely regarded as the most rigorous and hard-fought award for individual licensee operators in the UK.

Following a final judging day at Sky Head Quarters on Monday 22nd November, where each of the 6 finalists faced 4 panels of industry experts and operators, Jason and Chris Black from the Pityme Inn in Wadebridge, were named as the champions!

Chris and Jason had been strong competitors from the start, which saw them score highly across all areas including mystery customer visits and web and social media audits, as well as their on-site judging visit from judges Sue Allen and Paul Pavli. Their performance on the final judging day sealed the deal for these fantastic operators who have proved they have what it takes to be the best licensees in the UK.

The team from the Pityme Inn picked up their winner’s trophy in front of an audience of over 900 people at this year’s BII Winter Event, hosted on Tuesday 23rd November at the incredible Old Billingsgate, attended by the brightest and best from the industry.

Damian Saunders, Managing Director of Sky Business said: “A huge congratulations to Jason and Chris for winning the Licensee of the Year Award. Sky is delighted to sponsor this award and play a part in recognising the individuals that have achieved so much in the industry, particularly after the incredible challenges they have faced over the last 18 months.”

Steve Alton, Chief Executive of the BII commented: “I’d like to offer a massive congratulations to Chris and Jason on behalf of myself and the whole team here at the BII, including our fantastic judges. This is the most rigorous and intense competition in our industry, but it was clear to the judges that they had the dedication and passion deserving of a Licensee of the Year winner. I’d also like to congratulate our other finalists, as getting to the finals of this competition is an incredible achievement in itself.”

As winner of Licensee of the Year competition, they will receive a year’s free Pubs and Clubs subscription to Sky Sports, £500 towards a party in their pub to celebrate with their staff and a model of their pub created by artist Bunty May Marshall to commemorate their win.