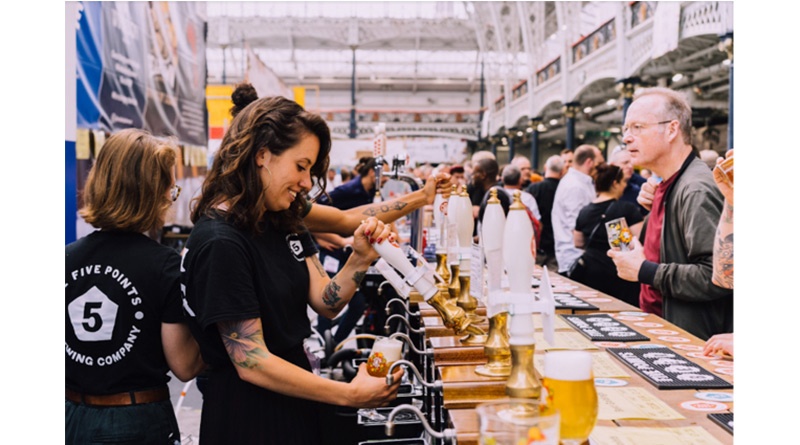 Members of the press are invited to join us on Tuesday 4 February for the trade day, which will run between 1300 and 1600 and give you the chance to find out first hand who has been crowned the Champion Winter Beer of Britain.

The winter version of Britain’s biggest beer festival lands in the city of a thousand trades, as Birmingham gears up for the Great British Beer Festival Winter, taking place at New Bingley Hall between Tuesday 4th and Saturday 9th February 2020.

Organised by CAMRA (the Campaign for Real Ale), tens of thousands are expected to make their way along to the five-day jamboree – with beers, ciders and perries on offer from the length and breadth of the kingdom.

It will also host the competition to name the winter winner of the Champion Beer of Britain. This competition will take place on the first day of the festival (Tuesday 4th Feb), with the results being announced on stage that afternoon. It is anticipated the champion brewer will be on had to receive their award (and for interview).

The theme of the festival is ‘A Festival of a thousand Trades’ – a celebration of the rich diversity of the West Midlands region, its industry and brewing heritage. The beer scene has become much more vibrant and cosmopolitan in the last decade, with different styles and approaches to suit all tastes. Just like the region itself, everyone is welcome and certain to find something that suits their taste!

The festival bars together measure up to no less than 300 feet, and each one takes its name from a piece of midlands heritage. These include:

It promises to be quite a show, with one-off special brews; an exciting selection of local street food vendors, and live entertainment from bands drawn from across the region.

For those wanting to learn more about the beers on offer, tutored tastings will be hosted throughout the festival by experts, Christine Cryne and Roger Protz.