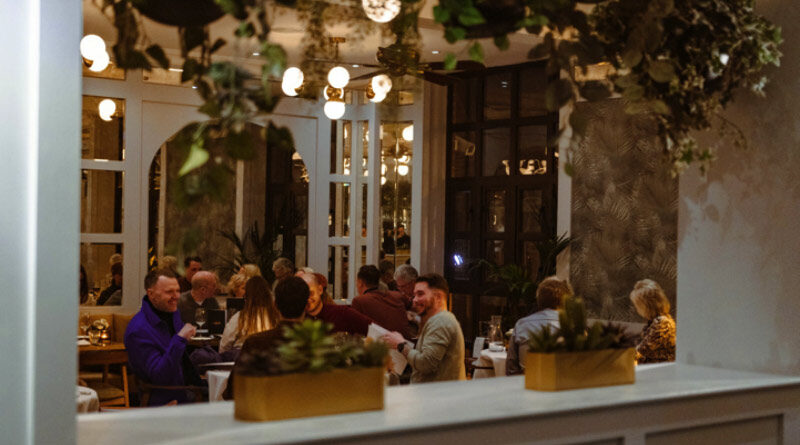 The event was hosted by comedian, Hugh Dennis and is informally known as the UK’s Curry Oscars.

Jabbar Khan, founder of Lasan said, ‘We’re absolutely thrilled to have won this magnificent award; it’s our sixth win and achieving this on our 20th anniversary really is the cherry on the icing of the cake for our team!’

Lasan has always been a trailblazer for Indian restaurants in Birmingham and has elevated the industry to greater heights ever since winning Gordon Ramsay’s ‘Best Local Restaurant in the UK’ Award on Channel 4’s The F Word in 2010.

‘Since 2002, Lasan has been captivating the hearts of discerning foodies and celebrities alike, with its exquisite Indian cuisine scooping over 20 prestigious awards and accolades throughout this magical journey. More importantly we’ve had the privilege of being part of so many heart-warming milestone celebrations, and we’ve witnessed some truly beautiful love stories from our home in the Jewellery Quarter.’

‘All this has been made possible by our talented, passionate chefs and loyal members of staff. On behalf of the Lasan family, I’d like to express my sincere gratitude to all our guests, who have kept us true to our vision and true to India.’

The evening also paid tribute to the late Enam Ali MBE, the event’s founder and the UK’s leading spokesperson for the curry industry, who worked tirelessly to promote the curry industry globally for over 45 years.

Recognised globally as the original and most coveted award ceremony in the UK curry industry, also referred to as the ‘Curry Oscars’, as termed by former Prime Minister David Cameron, British Curry Awards welcomed personalities from the worlds of politics, sport, showbiz and entertainment alongside celebrity chefs and curry restaurant owners and their staff from across the country.

In a video message of support, Prime Minister, Rishi Sunak said,
“The thing I’ve learnt about being Prime Minister is that the best training I ever had was working in a curry house. I know how hard every one of you works from the chefs to the waiters to the restaurant managers and the delivery drivers. And that experience gave me a huge appreciation of business, of the importance of treating people fairly and the value of this most iconic of British Asian industries. So I’m delighted to be supporting Britain’s ‘Curry Oscars’. I want to thank all of you for everything you do to fill our high streets and our homes with some of the best curry in the world.”