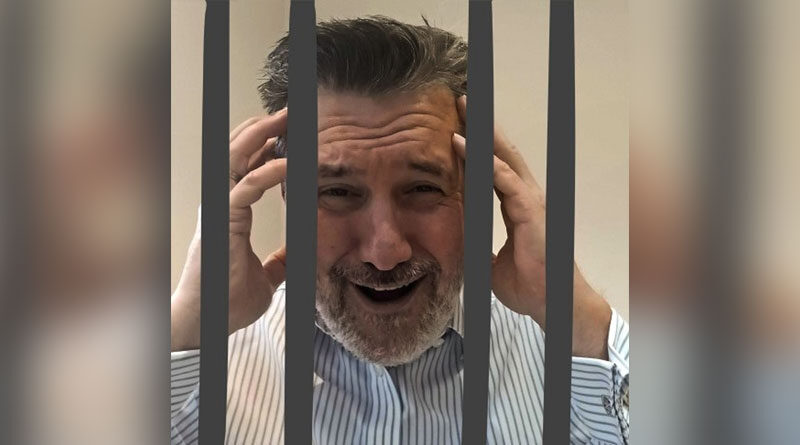 A leading figure in Bristol’s hospitality industry has helped raise £12,000 for a children’s hospice.

Raphael Herzog, Chair of the Bristol Hoteliers Association (BHA), was ‘arrested’ and jailed for his hard work, having to appeal to charitable colleagues, friends, family, business partners and customers to raise the necessary funds to bail him out.

The bail was set at a minimum of £999 and Raphael actually raised £1,800, all of which has been donated to Children’s Hospice South West.

Raphael was one of eight people ‘convicted’ as part of the charity’s Jail & Bail Bristol 2022 fund-raising initiative, and between them the eight raised a total of more than £12,000.

He said: “I was very pleased with the amount I raised, which will help Children’s Hospice South West continue to provide vital and valuable support to families in and around our city.

“The day started in the city’s former magistrates court, where eight of us were ‘arrested’. After trying to defend ourselves, we were all found guilty of our crimes.

“My misdemeanour was denying I’m a workaholic, and after the judge’s verdict, I was sent to jail, together with the seven others.

“While in jail, we were allowed out for group exercise in the courtyard, and for a singing competition.”

Earlier this year, Children’s Hospice South West had been chosen as the charity to benefit from the BHA’s annual Night Of The Stars Awards event, a glittering gala which took place in February.

A raffle on the night raised more than £1,200 for the charity.

Raphael explained: “During the night of stars event, I found myself agreeing to take part in jail and bail.
“It was an interesting experience, but more importantly, was a pleasure and a privilege to help raise funds for such a worthy local charity.”