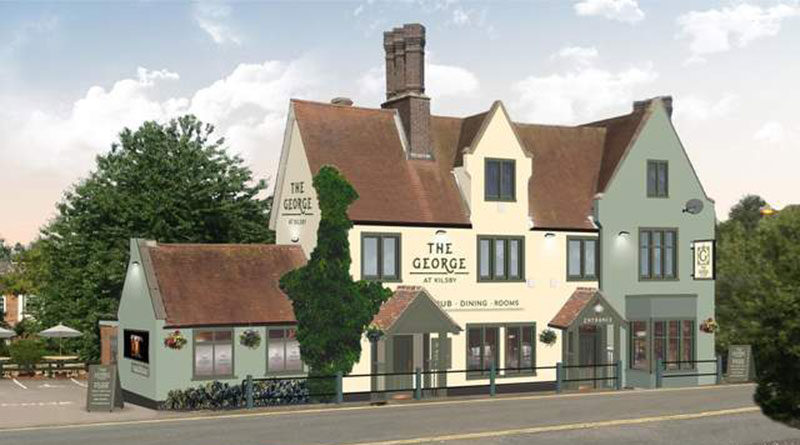 A traditional village pub in Northamptonshire is set to become a destination restaurant after the bar group behind the venture invested £330,000 in a major revamp and rebrand.

The George at Kilsby has been closed for three years but will now reopen with a brand new look following the six-figure cash injection from Star Pubs & Bars.

The fully renovated premises will be run by renowned chef Hari Shankararkrishnamurthy, who was classically trained in India and spent six months at three Michelin-starred Restaurant George Blanc in Vonnas, before going on to work at venues including Resorts World, Selfridges and Mowgli.

Shankararkrishnamurthy’s dishes will incorporate local produce including sausages from AW Lashford, cheese from Harvey and Brockless, meat from Clay and Smith Chefs and seafood from Flying Fish.

The venue is set to set to create a number of jobs ahead of its opening later this month.

Shankararkrishnamurthy said:
“When I first saw The George I knew it was the perfect place to open my first restaurant and I’m delighted to have the support of Star Pubs & Bars who have seen the pub’s potential to become a serious restaurant. I know there has been a lot of love for The George in the past from local residents and those further afield and I can’t wait to open the doors and provide an experience worth waiting for.”