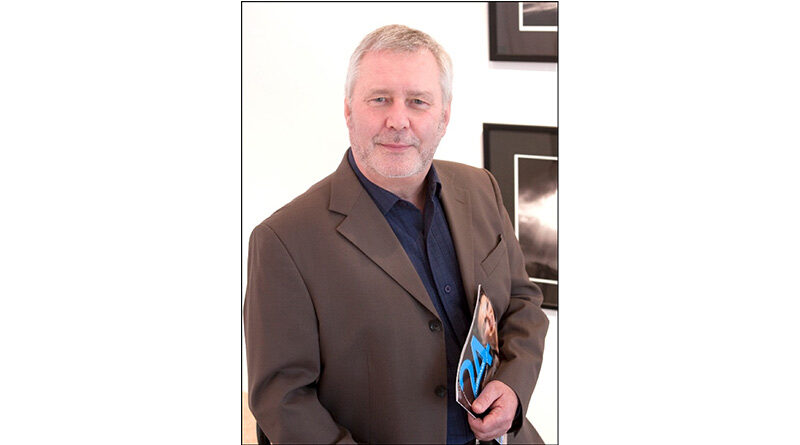 One of the UK outdoor catering market’s most influential business figures is preparing to ride his classic motorcycle off into the sunset, with his 72nd birthday in November 2021 being the push he needs to start focusing more on gear changes than grills.

Bill Cooke, managing director of Cinders Barbecues, has announced his forthcoming retirement, after 37 years of equipping breweries,  battalions, beach resorts and more, with a truly iconic British gas barbecue that has wowed the world.

The Cinders ‘Classic’ barbecue, which Bill created in 1984, has achieved not just UK-based but global sales too, even penetrating the USA market – in the spiritual home of barbecuing ­– and currently supplying the largest rental companies in France and the Netherlands.

Surrey-born Bill originally took up the challenge posed by his former employer, British Gas, to create a barbecue for use at company charity events. His prototype was way ahead of anything else and Bill set aside the funds to patent and then manufacture it.  The Cinders barbecue soon caught the attention of Calor Gas, who took on Bill’s creation to hire out from every Calor Centre in the country, as well as showcasing it on every Calor Gas catering exhibition stand and as principal exhibit at all major agricultural shows.  For five years, until Calor’s rental policy changed, the Cinders barbecue enjoyed a wonderful blue-chip showcase.

In 1992, Cinders invested in larger premises, to cope with demand.  Its modern, 15,000-square-feet factory, in High Bentham, on the Lancashire and Yorkshire border, is a place Bill will greatly miss.  It retains an artisan manufacturing feel and focuses on product rather than promotion, with no sales department and just a small team of dedicated, largely manufacturing specialists.

By 2000, a vibrant European and American export trade saw Cinders barbecues also flying out to locations as remote as Tahiti and the Maldives.  Bill’s original ‘Classic’ design was still at the heart of all production, just slightly tweaked and refined, given the already superb design.

As professional chefs adopted it as the barbecue of choice, due to its easy to clean, use and store nature and superior performance, Bill’s industry standing grew.

Similarly, Bill’s devotion to new ideas and innovation armed the Cinders brand with a powerful and portable ‘StreetWok’ wok burner, enabling Asian cuisine to be cooked alfresco, often alongside a barbecue menu.  Cinders claims the new product will release the potential for wok cooking outdoors, as an emerging future rival to the ubiquitous barbecue, with special appeal for vegetarians.

Bill’s partner, Karen Swift, who is the company director or marketing and business development, hopes they can both enjoy more leisure time together soon, if the heritage brand can be passed into safe hands, which will respect the loyalty of the Cinders team, through continued employment with this British manufacturer.

Bill Cooke says: “I will be stepping down at a really exciting time, having seen a tremendous bounce-back to 90% of sales this year and with production already in progress to satisfy a 30% uplift for 2022.  I hope to look back at all of our triumphs with fond memories, although there is so much more potential to our fantastic heritage brand and much more for it to achieve.

“Hopefully, Karen will be able to join me in retirement fairly quickly and we can enjoy reflecting on our huge barbecue adventure.”

After he takes the plunge into full retirement, Bill will be roaring off on his motorcycle, exploring new routes, as well as practising his yachting skills on Ullswater, as he plans his annual challenge for the historic and prestigious Lord Birkett Trophy.

With Cinders Barbecues always having stayed loyal to the distributor market, rather than looking for direct sales, many catering sector distributors are sure to wish him well.