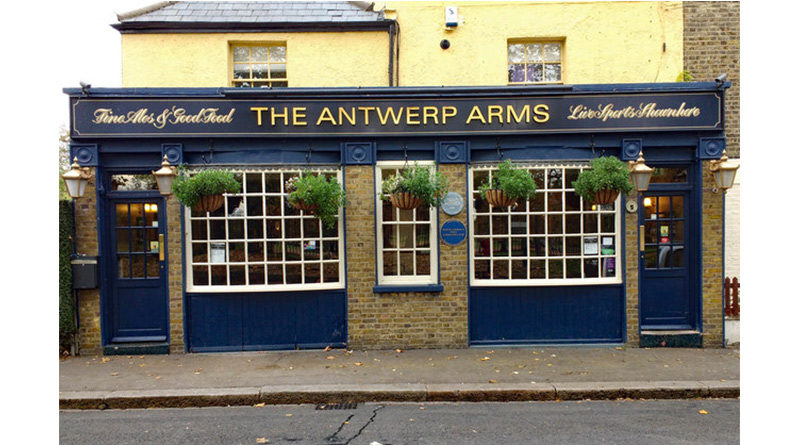 Community owned pubs are spreading Christmas cheer across the UK by hosting events aimed at alleviating isolation and loneliness and offering a safe haven for those who need it.

Across the country communities which have united to save their local pubs from closure are increasingly showing the benefits of owning and running it themselves, says national charity the Plunkett Foundation.

Community pubs have been hosting lunches, choir concerts and donating food to the homeless during the month of December.

There are now well over one hundred community pubs trading across the UK. The charity says that many have been laying on events specifically designed to help people who – for whatever reason – find themselves alone or in need during the festive season.

Hannah Barrett, Senior Project Manager at Plunkett, said that as the number of community pubs grows so too do the opportunities to tackle loneliness.

She added: “Every Christmas community pubs show they have a great heart and sense of responsibility to the people living in the surrounding area. Whether that is a rural area or an urban one. Loneliness and isolation exists throughout our society but community pubs can help fight these problems. They really go out of their way this time of year.”

The increasing community spirit of community pubs comes against a backdrop of well publicised challenges for the pub sector – in both urban and rural areas. Figures from the Campaign for Real Ale showed that 14 pubs are closing their doors each week.

Meanwhile, community pubs have a 100% long-term success rate according to Plunkett.

Plunkett offers free advice and support to help communities take on their pubs. By the end of 2018 there were nearly 100 community pubs trading across the UK – with 11 opening in the previous year alone.

One such pub hosting lunches for the lonely throughout December is the Antwerp Arms in Tottenham, north London. The pub had been serving real ale and food in Tottenham since the 1850s and has been in community ownership since 2015.

Mary Morgan, a Tottenham resident, has enjoyed attending the Christmas lunches and witnessed the benefits of a community pub. She said: “I have friends here – and I come mostly for the company. I can get very isolated by myself and I watch YouTube at home – but I get tired of that. Coming to the lunch is good for your health, mentally.”

Hermon Winter, another Tottenham resident, said: “I was homeless for about a year. By the grace of God I met someone who gave me the information about this and ever since I have been getting better and more able to look after the things I need to in order to keep my head above water. The community has a lot to do with that.”

Martin Burrows, vice chair of the Antwerp Arms Association, said: “The local people have become very involved with the Antwerp Arms since it became a community pub through many activities and it certainly made a huge change to this local area insofar as not many people even talked to each other in the London way. But it has created a village atmosphere really, and this is the centre of the village. A lot of people now come to our activities, we host a lot of community events and it has become a community hub.”

In the small Derbyshire village of Bamford the Anglers Rest proudly proclaims itself to be “more than a pub – a community hub”. The Anglers has been in community hands since 2013 when it became the first of its kind in Derbyshire – purchased collectively by over 300 people.

The Anglers hosts an annual Christmas lunch for elderly local residents. Rebecca McIntyre, director of the Bamford Community Society, said: “We think this is an important thing to do as we are owned by our community, so it is a way of giving back and doing something positive for those who have supported us over the past six years.”

And in the seaside town of Brighton the Bevy community pub has been hosting a variety of events during December – as it does throughout the year. It is the first community-owned and run estate pub in the UK and is a Community Benefit Society with over 700 shareholders.

One of the Bevy’s festive themed events was their Friday Friends seniors club Christmas Lunch.

Jenny Hawke, vice-chair of the Bevy, said: “This time of year can be difficult, people can feel so stretched and isolated. A community pub has a really important role to play in breaking down barriers and bringing people together.”

The pub welcomed more than 50 older people for its Friday Friends Christmas lunch, a free party for all the local children and carol singing involving all local churches.

Jenny added: “Since our reopening five years ago the Bevy has become a Christmas fixture across Bevendean and Moulsecoomb and we’re proud to help people come together and celebrate as a community.”

Power to Change is the independent trust which supports community business across England. Their latest figures show there are now 9,000 community businesses in England which are worth £890m and have assets of £950m.

Tom Barton, Programme Manager at Power to Change, added: “For so many people, community pubs offer a beacon of hope. In communities across the country, there will be individuals who don’t have families or friends to spend the festive season with, and so having a place where all are welcome is an invaluable asset for tackling social isolation. It’s wonderful to see so many community pubs offering a safe haven for people this Christmas.”