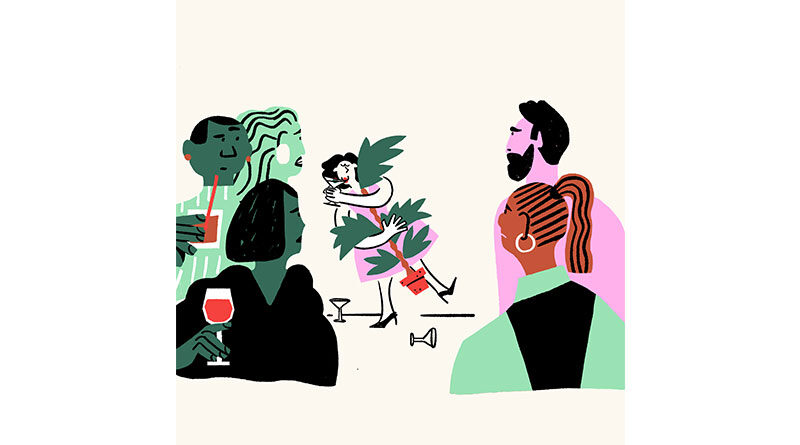 Diageo, maker of Guinness, Johnnie Walker and Baileys has today launched a new responsible drinking global campaign “Know When to Stop”, designed to make people stop and think about overindulgence during the festive period.

Through a series of digital animations, the campaign shows what happens when common holiday pleasures like eating sweet treats, binge watching TV and films and over-decorating your home can become one too many. Launched across Diageo’s social channels, “Know When to Stop” is part of the company’s commitment to reaching one billion people with dedicated responsible drinking messaging  by 2030 and to educate people on the risks of the harmful use of alcohol as part of the company’s 10-year action plan, Society 2030: Spirit of Progress. To see the series of animations, visit Diageo’s social media channels here.

Kate Gibson, Global Director of Diageo in Society said “We know the holidays are an important time of year for people to be getting together and celebrating. This campaign is a fun, festive reminder that there’s a happy limit to everything and the holidays are best enjoyed in moderation, be that drinking, eating, or binge-watching.” As part of the campaign, Diageo commissioned a survey of adults in the U.K. to gauge people’s feelings and attitudes toward holiday indulgences and experiences. Nearly a fifth (17%) report they didn’t get to celebrate the winter holidays the way they wanted to in 2020 and plan on making up for it this year:

• Among those who plan to do at least one thing in excess, close to half (48%) admit they will eat more sweets and baked goods this year than in the past, while over a third will be binge-watching TV and movies (38%) and shopping (33%). • More than one-third (35%) of people readily confessed to generally eating and drinking more during the holidays than any other time of the year. • Close to half (45%) of this group will spend more time with loved ones this winter holiday than they have in the past.

• A quarter (25%) plan to do more to decorate in excess, such as hanging indoor and outdoor decorations and setting up multiple trees. • More than half (52%) of people admit they have a guilty pleasure they’d be embarrassed about, such as their food and drink indulgences or holiday spending habits. • More than 1 in 4 people (26%) with guilty pleasures confess they would be humiliated if people learned about their enjoyable weaknesses of holiday movies or TV shows, and about 1 in 5 people with guilty pleasures admit they’d be embarrassed for anyone to know how they feel about holiday-themed clothing or pyjamas, like ugly Christmas sweaters (21%) and decorating (19%).

The digital animations were created by an award-winning illustrator. Cari Vander Yacht, said “I wanted to visually capture the sort of manic nature of ‘too much of a good thing’ which was central to the overall idea of moderation. I like tales of human folly, so I tried to capture that in a festive, over the top way.” The global campaign has been designed to signpost adults to DRINKiQ – a global resource to help people make responsible choices about drinking, or not drinking. DRINKiQ is available in 16 languages and 35 country sites and is a dedicated responsible drinking website that provides training, information and practical advice on alcohol and its impact on the body, along with a range of resources to encourage moderate consumption.

Speaking on the online resource, Kate Gibson added, “DRINKiQ is a great place for people to go to find out more about alcohol, the impact it can have on their bodies, and the importance of drinking in moderation.”